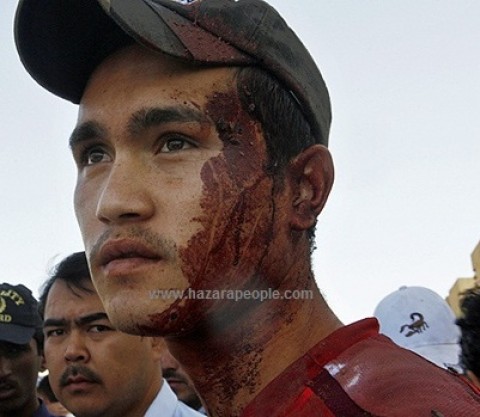 As the report say, the Hazara teenagers were doing morning exercises in a park near a cemetery early morning Friday when two vehicles stopped by dropping off a dozen of gunmen armed with RPG and shot guns. First they fired the RPG and then gun shot began. There were women and children as well in the cemetery near the attack scene some of whom were killed and injured. The attackers fled the scene and the injured were taken to the hospital by the local people.

The Hazaras considered Osama Bin Laden the father of fundamentalism in the region as well as the main root of troubles for Afghanistan, therefore his elimination was the sign of a new era for the Hazaras who suffered Bin Laden’s brutal actions directly and indirectly. The Hazaras have suffered the most when the Taliban were ruling the country; they have been massacred brutally during the Taliban and that make them stand against fundamentalism and extremism in Afghanistan and Bin Laden was supporting the Taliban financially. 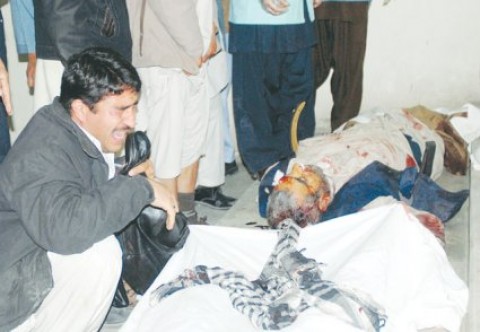 The Taliban and the other fundamentalists consider the Hazaras as an obstacle force against expansion of their thoughts in the country thus they are permitted to kill Hazaras and loot their properties whenever and wherever possible.

Nowadays ten years after the fall of the Taliban regime, in spite of keeping peace in their areas, The Hazaras are still in high risk especially when they travel out of their areas. When they move from one province to the other, they are being attacked by the extremists and gun holding terrorists, as they have their identity on their faces; Mongolian facial mark are quickly recognized by the Taliban. There is now a famous proverb among the Taliban, “To go to paradise, drink Hazaras’ blood.”

There are quite clear reasons for why the Hazaras are being attacked, killed and looted by the fundamentalist. The main reason is that they are considered as a threat for the future of fundamentalism in Afghanistan. 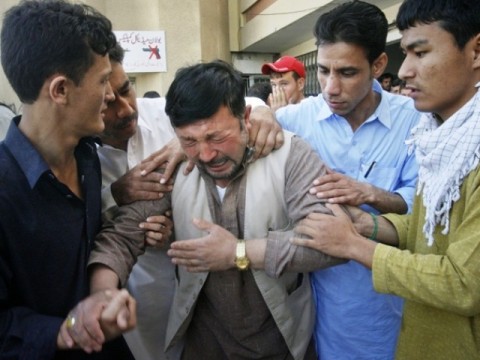 The way of living of the Hazaras and the values they respect in their social life are totally against the fundamentalism in Afghanistan; giving more rights to the women such as right to education, respecting universal values such as human rights, freedom of thoughts and speech and the most important thing modernization of the country.

While on the other side all of them are considered Haram by the Taliban and other terrorist groups.

Hazaras growth in education and expansion of democracy in Afghanistan is notable but in contrary with the plans the Taliban and the fundamentalists have in mind for the future of the country. Therefore the Hazaras are considered as a big peril for the fundamentalists, thus they always attack them and kill them.
This latest attack is one of the series of target killings taken place against the Hazaras in Quetta Pakistan as well as in Afghanistan since late 2008.

To promote and save democracy in Afghanistan, the Hazaras need real protection and support by the international community otherwise, their voice will be suffocated and Afghanistan will again be taken by the extremists that will be threatening the whole world like the late 1990s.