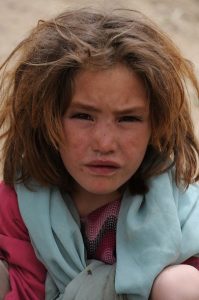 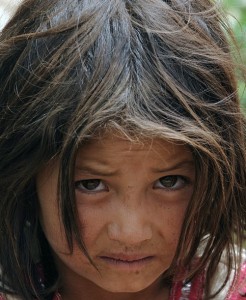 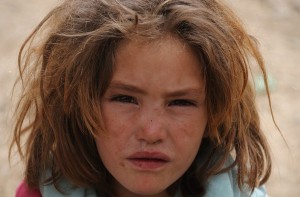 Hazara  girls look on in Sadat village, some 20 kms outside the city of Bamiyan, on August 1, 2010. Bamiyan, some 200 kilometres (124 miles) northwest of Kabul, stands in a deep green and lush valley stretching 100 kilometres through central Afghanistan, on the former Silk Road that once linked China with Central Asia and beyond. The town was home to two nearly 2,000-year-old Buddha statues before they were destroyed by the Taliban, months before their regime was toppled in a US-led invasion in late 2001.