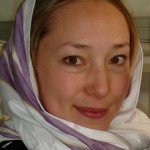 KABUL, Afghanistan – Ten members of a medical team, including six Americans, were shot and killed by militants as they were returning from providing eye treatment and other health care in remote villages in northern Afghanistan, a spokesman for the team said Saturday.

Dirk Frans, director of the International Assistance Mission, said one German, one Briton and two Afghans also were part of the team that made the three-week trip to Nuristan province. They drove to the province, left their vehicles and hiked for hours with pack horses over mountainous terrain to reach the Parun valley in the province’s northwest.

Taliban spokesman Zabiullah Mujahid told The Associated Press that they killed the foreigners because they were “spying for the Americans” and “preaching Christianity.”

Frans said the International Assistance Mission, the longest serving nongovernmental organization operating in Afghanistan, is registered as a nonprofit Christian organization but does not proselytize.

“This tragedy negatively impacts our ability to continue serving the Afghan people as IAM has been doing since 1966,” the charity said in a statement. “We hope it will not stop our work that benefits over a quarter of a million Afghans each year.”

The team, made up of doctors, nurses and logistics personnel, was attacked as it was returning to Kabul after the two-week mission in Nuristan, Frans said. They had decided to travel through Badakhshan province to return to the capital because they thought it would be the safest route, Frans said.

Among the dead was team leader Tom Little, an optometrist from Delmar, New York, who has been working in Afghanistan for more than 30 years, Frans said. Another relief organization, Bridge Afghanistan, said on its website that the group included one of its members, Dr. Karen Woo of London.

Little, who oversaw eye hospitals in Kabul and two other major cities as well as small clinics in three smaller towns, had been expelled by the Taliban government in August 2001 after the arrest of eight Christian aid workers — two Americans and six Germans — for allegedly trying to convert Afghans to Christianity. He returned to live in Afghanistan after the Taliban government was toppled in November 2001 by U.S.-backed forces.

According to Frans, two members of the team worked for IAM, two were former IAM workers and four others were affiliated with other organizations, which he did not disclose. He said five of the Americans were men and one was a woman. The Briton and German also were women.

Gen. Agha Noor Kemtuz, police chief in Badakhshan province, said the victims, who had been shot, were found Friday next to three bullet-riddled four-wheel drive vehicles in Kuran Wa Munjan district. He said villagers had warned the team that the area was dangerous, but the foreigners said they were doctors and weren’t afraid. He said local police said about 10 gunmen robbed them and killed them one by one.

He said the two dead Afghans were interpreters from Bamiyan and Panjshir provinces. The third Afghan who survived “told me he was shouting and reciting the holy Quran and saying ‘I am Muslim. Don’t kill me,'” Kemtuz said.

Frans told The Associated Press that he was skeptical the Taliban were responsible and that the team had studied security conditions carefully before proceeding with the mission. The team trekked from village to village during the two weeks, treating about 400 people for eye disorders and other illnesses.

“We are a humanitarian organization. We had no security people. We had no armed guards. We had no weapons,” he said.

In a blog posting last month, Woo said the expedition would include an eye doctor, a dental surgeon “as well as me as the general practioner.”

“The trek will not be easy; it will take three weeks and be done on foot and with packhorses — no vehicles can access the mountainous terrain,” she wrote. “The expedition will require a lot of physical and mental resolve and will not be without risk but ultimately, I believe that the provision of medical treatment is of fundamental importance and that the effort is worth it in order to assist those that need it most.”

Elsewhere, five Afghans were killed and 13 were wounded Saturday when a bomb struck a police vehicle in the Nahri-Saraj district of Helmand province in the south, the Interior Ministry said. Four of the dead were police, but all but one of the wounded were civilians. In Gereshk district, one Afghan policeman and a civilian were killed and 16 other people were wounded Saturday morning when a bomb exploded in a market, said Kamaluddin Khan, local security chief.

The NATO-led coalition also reported the arrests late Friday of two suspected insurgents in Kandahar province and of “several” suspected members of the Haqqani network, a Taliban faction with close ties to al-Qaida, in the eastern province of Khost.

The coalition also said two NATO troops were killed during an explosion Saturday in southern Afghanistan. NATO did not release any details of the incident or the nationalities of the troops.

Associated Press writers Amir Shah and Deb Riechmann in Kabul and Mirwais Khan in Kandahar contributed to this report.