ATHENS, Greece — Afghan Muhammid Yonous knows something about living in a war zone. “I’ve drawn a red line around this area on a map, so people know, don’t come here,” he said.

The area in question is not Kandahar, Kabul or the Swat Valley. It’s a neighborhood in the center of Athens where beatings, brawls and fire bombings of informal mosques have become commonplace.

“I learned the map tactic when I worked with the Red Cross in Afghanistan and there was a bad fight,” Younous said. He moved his Center for Afghan Migrants and Refugees in Athens earlier this fall in an effort to avoid having it become a target. 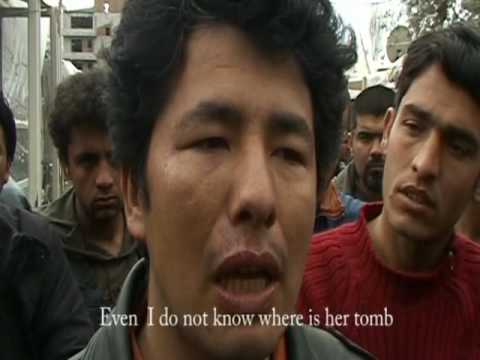 Inner-city clashes with right-wing vigilantes are just one way life has become more miserable for migrants in Greece.

Greeks will remember 2010 as the year their country’s future was thrown into doubt by a massive economic crisis. But the country also saw its numbers of asylum seekers mushroom while the conditions they live in deteriorated. While Greeks gripe about the people camping out in their cities and countryside, the situation is undoubtedly worse for those who left their war-torn homelands in hopes of a better life in the European Union.

Greece became destination country No. 1 for new irregular migrants at the worst possible time. The reasons are well documented: As other EU countries, such as Italy, cracked down on migrants arriving by sea, Greece became a popular point of entry, particularly over its land border with Turkey.

EU law stipulates that asylum seekers must stay in their country of entry (or wherever they were caught) and that member states can send them back to the country where they entered. Now, that country is almost always Greece.

Despite officials’ understanding of the problem neither the EU nor the Greek state has implemented a solution.

EU statistics label Greece among the EU’s largest recipients of resources, not just for border protection but also from the European Refugee Fund. The funds support “reception” facilities that routinely house thousands of migrants in grimy barracks and converted factories meant for hundreds. Extra funding for integration and support programs in Greece amounted to more than 7 million euros ($9.3 million) in 2008 and 2009.

But did Greece receive that money?

“Not in full,” said Michele Cercone, spokesman for EU Justice and Home Affairs Commissioner Cecelia Maelstrom. “Greece needs to improve its ability to absorb EU funds.” The European Commission has suggested suspending its rules about the handling of migrants to take pressure off of Greece, much to the chagrin of northern Europeans.

About 50,000 people are currently waiting for asylum in Greece, according to statistics from the United Nations High Commissioner for Refugees (UNHCR). Many are from well-known war zones such as Afghanistan, Iraq, Sudan and Somalia. Many more are undocumented economic migrants who apply for the renewable six-month “red card,” or proof of asylum application, as a substitute for residence and work permits, which are not easily available.

More than 100 people have been granted either asylum or humanitarian status in 2010, up from 11 in 2009. Even those who get asylum status find there are few services available for them and a maddening amount of red tape to establish themselves as residents of Greece.

On Nov. 7, Wahid Fayshbaf, an Iranian dissident, lost his patience and went on a rampage through the Greek Council for Refugees. He smashed computer screens, threatened to kill himself with a knife and took the NGO’s staff hostage. Fayshbaf had received asylum status in the summer after going on hunger strike and was demanding benefits owed to him. Bureaucrats had bounced him from ministry to ministry, the UNHCR and eventually the Greek Council for Refugees. A student group eventually negotiated with Fayshbaf to release the hostages.

“We are in a transition stage,” Greek police spokesperson Athanasios Kokkalakis said in an email about the incident. “The European institutions have welcomed the new National Action Plan, which is in line with international standards.”

The National Action Plan on asylum issues was supposed to go into effect on Sept. 1. The current socialist government has promised a world-class asylum system with improved reception and processing centers. It has yet to fully re-establish the appeals process dismantled by the previous center-right government in June 2009.

This fall, EU officials talked tough about Greece correcting the negligence that has led to what UNHCR has called the first humanitarian crisis in the union. But the EU’s long-promised European Asylum Support Office did not hold its first meeting until Nov. 25 and has set a goal of being fully operational by June 19 next year.

Could 2011 be the year that Europe turns its migration and asylum crisis around? Or will it be another year of unfulfilled promises?

For the moment, asylum-seekers in Greece seem to have only one route to move their applications forward: doing something awful to themselves.

On Oct. 14 a group of 49 Iranians began a hunger strike. Twelve of them sewed their lips shut. They rejected offers of compromise. On Nov. 17, the Greek state that had been unable to process their asylum applications — for years in some cases — did so in a matter of hours.

“I was sure we would be victorious,” said Ribwar Ghobadi, the group’s unofficial spokesperson. “Now we need to get asylum for all of the refugees.”

For now, a group of Afghan refugees has replaced the Iranians outside the University of Athens. The tents and banners are an eyesore in front of the neoclassical buildings, but the Greek government has not tried to stop the sit-ins. Migrants grumble that Greece gave them democracy and that’s it.

This neglect can lead to violence. Golam Sahi Goibei’s family of four, including his then-pregnant wife, was evicted from a rundown building in July by the prefecture of Attica. The Afghan family then lived behind a curtain in a public square. A week later, Goibei’s 3-year-old son was raped there against a tree and covered in feces. The whole Afghan family was quickly granted asylum.

When Goibei received his family’s legal documents he looked over the crowd of hundreds of migrants gathered outside the immigrants’ police station. Many of them had waited all night to try and hand their papers in. He had mixed feelings about his enviable legal status.

“We came to Greece for democracy,” Goibei said. “In Afghanistan, the Taliban beat me badly but they would have had mercy on my child.”