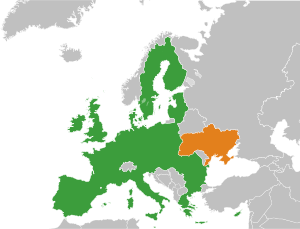 Human Rights Watch urged the European Union on Thursday to stop returning migrants and asylum seekers to Ukraine, saying that they faced abuse and torture in the former Soviet republic.

Given its proximity to the EU, Ukraine has become a hub for migrants fleeing violence in countries such as Afghanistan and Somalia and, according to human rights activists, home to the largest Somali community in Eastern Europe.

The readmission agreement between the EU and Ukraine that came into force on January 1, 2010, provides for the return of third-country nationals who enter the EU from Ukraine. Hundreds are returned every year, HRW said in a report.

“Migrants and asylum seekers, including children, risk abusive treatment and arbitrary detention at the hands of Ukrainian border guards and police,” it said.

“Some migrants recounted how officials tortured them, including with electric shocks, after they were apprehended trying to cross into the European Union or following their deportation from Slovakia and Hungary.”

Huma Rights Watch urged the EU to suspend the return of migrants to Ukraine until it “meets international standards with respect to the human rights of returned migrants, particularly with regard to the practice of torture, inhuman or degrading treatment, and arbitrary detention.”

It quoted the testimony of a 17-year-old Afghan boy deported to Ukraine from Slovakia: “I’m scared to talk about Ukrainian soldiers at the border. They beat us a lot. They beat us to speak Russian. As soon as they took us they started beating us.”