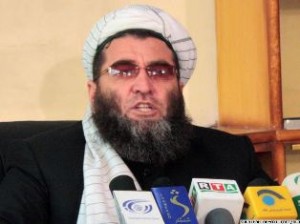 The new Parliament is scheduled to begin its work within less than a week, but the controversy over last September’s election continues. A special court has been tasked with adjudicating cases of election fraud, but has not yet announced any results, with many, including some legal experts and winning candidates, insisting that it does not have a legitimate basis for its work.

Observers are questioning whether President Hamid Karzai will proceed with his stated plans to inaugurate the new Parliament on January 23, or whether the questions surrounding the elections will delay the beginning of the new body’s mandate.

Karzai bowed to pressure from his Attorney General’s office in late December, instituting a Special Court to look into persisting allegations of electoral fraud. But those who oppose the court emphasize that no one except official electoral bodies has a right to interfere in the election process. The court, they say, is a tool of government pressure on the legislature, and the outcome of the case has been predetermined.

The struggle over the new Parliament has been brewing ever since the Independent Election Commission (IEC) announced the final results of the elections on November 24. Many unsuccessful candidates questioned the transparency of the election process, with the Attorney General’s office accusing the IEC of perpetrating fraud.

The prosecutor’s office viewed the announcement of the final tally as premature, and asked the Supreme Court to annul the results.

The Supreme Court, in turn, suggested that President Hamid Karzai form a special tribunal to review the case. The resulting special court, which has been sitting since late December, consists of five members.

The question has become enmeshed in the country’s political and ethnic tensions. Pashtuns, who claim to be Afghanistan’s largest ethnic group, feel that they are underrepresented in the new Parliament. The Pashtuns lost more than 25 seats, and will be a minority in the new 249-member body if the results stand.

Many observers say that Karzai’s action in instituting the special court is at odds with his promise to inaugurate the new Parliament next week; the court, however, has said it will issue its rulings in time to meet the deadline.

Advocates of the court maintain that it needs time to do its work.

“The special court needs several months to adjudicate properly all the cases of electoral fraud,” said Moeen Marastyal a losing candidate from Kunduz.

A number of politicians insist that the formation of the special court contradicts both the Constitution and the Election Law. They point to the court as an example of the judiciary interfering in election issues.

“This special court is illegal,” said Dr. Abdullah Abdullah, leader of the Change and Hope Coalition.

The IEC maintains that only official electoral institutions have the right to adjudicate election-related issues, and insists that the intervention by the judiciary is politically motivated.

“From the IEC’s point of view, the files from the September 18 Parliamentary election are closed,” said Tabesh Frogh, the IEC’s deputy spokesperson. “Based on the law, 249 people came to Parliament through the peoples’ votes; the IEC has distributed certificates to the new parliamentarians.”

The Electoral Complaints Commission (ECC), which adjudicated complaints filed after the poll in September, also insists on its own authority.

“We welcome the special court to adjudicate criminal cases related to the elections, but it does not have the right to review other election-related cases,” said Ahmad Zia Raffat, the ECC’s spokesperson.

“According to the Constitution and the Election Law, nobody can interfere in election-related matters; only the IEC and ECC are empowered to adjudicate such issues,” said Faizullah Jalal, a lecturer in the Political Science faculty of Kabul University. “There is no article in the Constitution that provides for the formation of a special court to handle election-related cases.”

Jalal warns if the court tries to annul the results of September’s election, Afghanistan will succumb to a new political crisis, which could have dangerous consequences.

But the disgruntled losers in the election are unlikely to subside easily.

“If there is a special court to adjudicate electoral fraud, it should first summon President Karzai for perpetrating fraud in last year’s presidential elections,” said Parliamentarian Ahmad Behzad, referring to the fraud-marred 2009 presidential ballot. “Why did the judiciary not react when the ECC determined that 1.5 million votes in the presidential elections were fraudulent? This court was formed for political purposes, not for transparency of the elections,” he added. “In my opinion, it has no legal basis.”