The men hidden from view

Thousands of kilometres from where most Australians live is an expanding collection of small demountable huts surrounded by two huge wire fences. 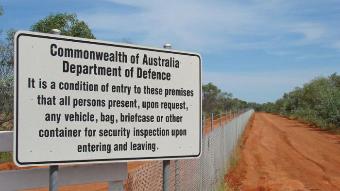 It is not easy to visit this place of detention – for most people it involves an expensive flight to Broome in WA’s northwest region, and a further two hour drive to a turn-off on the Broome-Derby road. The final five kilometres is down a long stretch of road punctuated by signs warning the visitor that there is “No Through Road” and to “Turn Back”.

So who are the 1,200 men that are kept inside such an isolated and secure compound? Upon our arrival at the detention centre, it felt like we were entering a prisoner of war camp. But the men in this place are not prisoners of war captured by Australian troops. They are mostly Hazara men from Afghanistan – a country where Australian troops are embroiled in a conflict that seeks to oust the Taliban and other such violent groups, the very groups that many Hazara are fleeing.

The men that Australia detains in this isolated camp are the allies of our Australian troops but they are those our troops are not able to protect in their own land. Many Hazara men are forced to leave Afghanistan or face the terror of the ever-present violence that threatens their lives and those of their families. This is who we are keeping hidden at the Curtin Immigration Detention Centre, the same isolated centre that the Howard government finally agreed to close in 2002.

Our visit to the detention centre last week was profoundly moving. A small group of us were welcomed by hundreds of men incredibly grateful for a rare visit and eager to meet and talk to Australians who were not in uniforms. We listened to their stories and answered their questions about Australia and heard of the anguish of those who had been on hunger strike the week before out of desperation that they had heard nothing for months about the outcome of their refugee claims.

Some of the men walked with us down the long path to the front wire gates as we left on the last day of our visit. They stood and waved to us until they could no longer see us. These are hidden men who feel forgotten.

Although the men may be getting their basic needs met, such as adequate food and shelter, their anguish makes it obvious that no amount of care provided within a place of detention will ease the agony of their wait. “We have everything we need but not our freedom.” Many are incredibly resilient, trying to keep their minds busy to avoid the despair. Others have lost hope and have tried to kill themselves.

There are young men in the Curtin detention centre who hardly look 18 and who have been forced to flee their families completely alone to try to find a safer life. There are also many family men of all ages who desperately worry for the fate of their wives and children as they wait many months for the decision about their refugee application. Can you imagine how desperate you must be to find a safer life for your family, to make the decision to leave them behind? So that you alone would endure the terror of the journey of reaching Australia, with the hope that once you arrive you would be welcomed and your family allowed to join you?

Whatever you think of the means that these men took to leave Afghanistan and finally arrive in Australia, they are now here. They are not enemies of Australia. Based on Department of Immigration statistics from 2009-2010, 99.7% of Afghans arriving in Australia seeking asylum were found to be refugees. It is very likely that most if not all of the men in the Curtin detention centre have also fled similar persecution. We should not be detaining them for months and soon-to-be years behind large fences. They should be living in our communities while they wait for the interminable time it takes for their refugee applications to be assessed.

Despite reports from the Australian government that suggest it is now safe for some Hazaras to return to Afghanistan, many other reports and those with family and friends in Afghanistan will tell you this is not true.

William Maley, one of Australia’s foremost experts on Afghanistan, is highly sceptical of the Australian government’s recent agreement with the Afghanistan government that could allow for the forcible repatriation of some Hazaras. He argues that the security situation in Afghanistan is “by most accounts deteriorating” and warns that if policymakers push through with this agreement “they will likely end up with blood on their hands”.

The men in the Curtin Immigration Detention Centre should not be punished for trying to find safety for themselves and their families. And they are not the only ones. There are currently 6,730 men, women and children in immigration detention centres throughout Australia, including on the overcrowded Christmas Island. Many are very likely to be seeking asylum from persecution in their own countries.

Keeping people hidden behind large fences for months on end cannot be understood as anything but punishment. The Australian government must stop it.