Izzat Ullah Rasa (Rasa is an artist and talented student of Ustad Hatif(Brewry/gholghola.com), Rasa made photo of Shaheed and gifted it to Hazara Unity Norway(HUN) who organized this anniversary and He adressed the nation for unity, respect your political & social leaders, He also explain his memory with Yousafi…etc

Aqaye Sadiqizadah is a scholar/Mullah who know his responsiility abut his nation, He always talk for unity of Hazaras in his every single speech both on days of Muharram and other normal days, He can show in his speech a better view of Afshar tragedy when He always speak about Karbala.
Short explaination of his speech: Unity of Hazaras, being proud of your political & social leaders, being proud on your own past history and remember your history, Hazaras of Quetta, Iran, Europe Austrlia, America….should have one target and one center, This is your own center no one will accept you in thier cultural, political or islamic center as a Hazara, so come and join your own people and be united. He Condemned Youm-ul Quds rally, Hazaras should live and be alive as a civilized nation but not die for others. He said hazaras should stand together for thier own identity and people and thier state where they live at the present time in any country(Pak or Afghanistan or any european country), Mazari is our leader we have to learn from our own elders, We have to not make any difference between Hazaras of Pakistan, Iran, Europe, Australia and AFG….etc

Ustad Hamzah Vaezi (Speech on history of Hazaras from AFG to Pak and India before 19 centuries, About Unity of Hazaras outside and inside AFG, Follow the steps of Mazari & Yousafi, He appreciate Yousafi`s work, art & his all dramas and his view about political problems of Hazaras & Unity of nation, He also adressed for having your own identity, He said Yousafi followed the steps of Baba Mazari and they had the same target, Vaezi talked about the past also when Yousafi was alive and Hazaras were organizing different concerts, dramas and seminars on war in Afghanistan against Hazaras, He condemned target killing of Hazaras in his speech, and said that all the Hazaras(Hazaras of Pakistan, Iran, and Afghanistan) should stand united in europe and in Norway for the sake of better future of thier people…etc 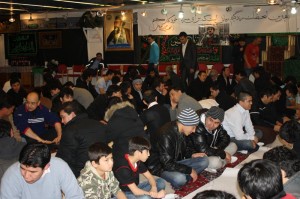 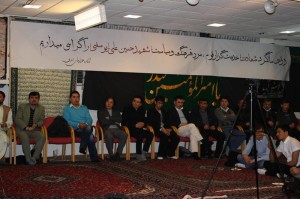 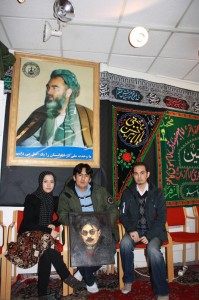