When I met with the provincial education official in Bamiyan he used the words “Blood and Smoke” to describe what the Hazara people of Bamiyan province have had to endure during their history. He said “Our hearts still hurt from the destruction of the Taliban.” 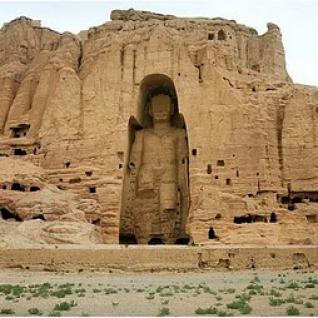 He explained that for the past twenty-five years, his province was decimated by the Russians, and then suffered the destruction of the civil war, and worst of all, the murderous Taliban who butchered thousands of Hazaras, burned their villages, and destroyed the Buddhas protected by the Hazaras for over a thousand years.

When we talked about the desparate need for education in the province, he said that, for the most part, the only trained teachers are in Bamiyan city, and that many of the teachers in outlying districts are not trained, in fact some of them haven’t graduated from high school. He emphasized that books, buildings, and educational materials, don’t matter if there are few qualified teachers. He explained that teachers leave the profession for two reasons: First, they can make more money selling vegetables by the side of the road than they can teaching. The second reason is that the best teachers are often hired by the large NGO’s and pay a lot more.

There is nothing more important to Hazaras than education. They understand that it is the only way that they have a chance in life.

This is a story of a man I met in the bazaar in Bamiyan. He told me that no one has ever asked him about his life until I asked him to describe his childhood.

“As you know I’m from the Bamiyan Province of Afghanistan and I’m from the Hazara Nation. We had a small family; it was my mother and father, my brother and me.

When the Russian forces attacked Afghanistan they killed my parents when I was nine years old. I had to go to live with relatives who took me out of school and forced me to work for them.

Near our village was a big mosque. During the winter some school teachers started winter courses there for students who needed extra help.

I was interested in going to school, and one day I met a teacher and asked him if I could take classes. He asked me if I had money.

I told him I didn’t, and during the conversation he asked my father’s name. When he heard the name, he cried and hugged me, and told me that he had been a close friend of my father’s and that he would teach me for free. I went with my brother every morning and studied with him from 6:00 until 8:00 until I was in the eighth grade.

One day my relatives threw us out of the house because they accused us of not taking good enough care of the home, the animals, and the farm.

I eventually found my way to Pakistan where I had a difficult time until I found a job at a carpet weaving factory. In the factory there was a man who spoke English who encouraged me to take classes, so I worked in the factory and went to school when I could. I graduated from high school in Peshawar, and was able to return to Afghanistan and work for some NGO’s to make a living for my brother and me.”

This story could be told by tens of thousands of Afghans who received their education in Pakistan’s schools and returned to Afghanistan to work and support their families. Many Hazaras are still refugees living in Iran and Pakistan and others are internally displaced.

When I went to Bamiyan to teach an intensive English course, I met some young women who wanted a university education more than anything. One girl in particular, Freshta, stood out for her brilliant mind and unusual drive and focus. After three years of work she achieved her dream, and is the recipient of a full four-year scholarship from Goucher College. The joint efforts of ImagineAsia and the Afghan Girls Financial Assistance Fund made it possible for this extraordinary young woman to take the first steps towards her goal of becoming a physician. 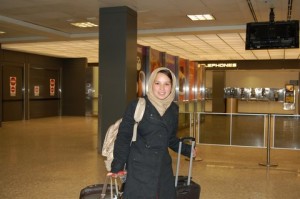