Conference Report: Political study of the oppressed ethnicities of Afghanistan

The Afghans organised a sober and overwhelmingly large conference, captioned “Political Study of the Oppressed Ethnicities of Afghanistan”, in the Memorial of the 16th Martyrdom Anniversary of Rahbar-e-Kabeer Abdul Ali Mazari in Holland on 06-03-2011 between 04:45-09:00 P.M local time. Hundreds of participants from across Europe including men and women, well-known political figures, scholars and diplomats from the Embassy of Afghanistan in Holland gathered in Alam Party Hall from Holland. The participants came from Belgium, Germany, Denmark, and Norway. The hall was decorated beautifully with posters and pictures of the leader Abdul Ali Mazari. 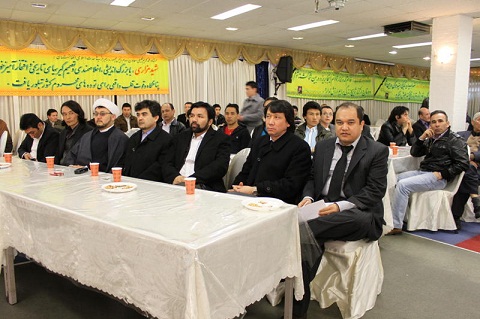 The Conference started with the verses of the Holy Quran and Karim Hussaini of Denmark availed the honour of the recitation.

He was followed by Haji Nabi Zadas, a renowned writer and researcher. He pointed out the just struggle of the Leader for a Federal System of government in Afghanistan to avoid the disintegration of the country, leading it towards a just society. Federal system was proposed as a better choice and solution for ending the unending violence in Afghanistan. He, further, continued that some factions in Afghanistan are against the Federal System of government because of their discriminatory and orthodox political views. It has been learned from other nations that the countries with multi-ethnic groups can develop and succeed in a Federal form of government. He attributed Ustad Mazari as a charismatic leader in the history of Afghanistan who could raise the voice of oppressed people with courage and dignity. Unfortunately, He was martyred owing to the neighbouring countries’ ill-motives and conspiracies. He, (Mazari), shall remain a part of Afghanistan’s history as Baba Mazari forever. In Nabi Zada’s view, Afghanistan has never had a sense of national unity despite false claims. Baba Mazari wanted a reform to a grassroots level to bring justice and national unity among the masses.

The statement of Voice President of Afghanistan and the leader of Wahdat Party, Ustad Mohammad Karim Khalili was read by Rasul Saifi.

Subsequently, the statement of Haji Mohammad Mohaqiq, a Member of Parliament and the Leader of Wahdat Party was read by Miss Shahristani. Copies of the statements will be posted on the Hazaras in Holland Associations’ website.

Basir Ahang, a journalist from Italy gave a tremendous speech. He talked about the visions of Ustad Mazari. In part of his speech, he stated: “Youth development, education and fight against ignorance were the main goals of the Leader. Ustad Mazari understood the youths and their problems. He sent hundreds of students to study abroad. The generation who inherited poverty, civil war, drug addiction inside Afghanistan and faced a lot of challenges outside the country. The generation, languishing in Iranian and Pakistani refugee camps in deplorable conditions and face insult, had to go through the ports of Greece under the trucks. Ahang stated that Mazari was like a Messiah for all the oppressed people of Afghanistan. We cannot attribute him with one ethnic group. He was for all the people of Afghanistan. Mazari taught the Hazaras to think farther than religion, but still practicing the teachings of their religion. He also pronounced the same norms for others.

Then, Amrullah Saleh, the former National Security Head addressed the audience telephonically. A copy of the statement will be posted on the website.

In this section of the program, Haji Sadiq Zada, the Representative of Ayatollah Mohaqiq Kabuli in Europe gave a speech. He pointed out that Ustad Mazari inculcated the Hazaras to believe in themselves. He stated that Mazari ended political and religious exploitation of the Hazara society. He led the society towards freedom. Ustad Mazari rubbed off ignorance from Shi’ite Community and raised their consciousness. Mazari has trained great personalities who are great politicians and scholars today.

Alhaj Alizadah, an activist in social, economical and cultural affairs and a member of the Cultural Committee of the Conference; gave a tremendous speech. He defined the martyrdom of Ustad Mazari by the Taliban aversive. He stated that we have gathered here to describe that we hate and condemn suicide bombings, explosions, mass killings, forced removals, cutting of women’s nose, acid-throwing on girls, beheading and amputation. We hate and condemn all crimes against humanity. We are fed up and hate those who commit these crimes. He requested the International Human Rights Organizations to investigate the massacres committed by Abdur Rahman and the Taliban. He said that Holland as a country is committed to human rights values and democracy should assist the people of Afghanistan in achieving the human rights goal. He, at last, thanked the participants and the audience on behalf of the Organizing Committee.

Hamza Vaezi, a researcher and writer in Norway was another speaker of the conference. He shed light over political, social and economic development of the Hazaras and the increase in the culture of urban living. He gave credit to the Martyred Leader as the founder of this process. Ustad Mazari had a key role in the awakening of Hazaras. He urged for the national unity of the people of Afghanistan. He condemned and expressed his aversion from terrorist acts.

Zahir Daqiq, one of the members of the Organizing Committee and one of the speakers stated: “Resistance, honesty, righteousness and loving people were among the characteristics of Ustad Mazari. He was the Leader and support for all the oppressed people of Afghanistan. Great Mazari wished and nourished the idea that being a Hazara should no longer be perceived as a crime in Afghanistan. He wanted federal system of government, culture of peace and unity and the right to citizenship be promoted in Afghanistan. Mazari talked about democracy, struggling for equal rights of the entire citizens and considered it as a main component of a democracy. He called the Haft Sawr coup as the beginning of dreadful movements, which were followed by brutal regimes.

Nasim Jafari, a member of the Organizing Committee of the Conference, in his detailed speech; gave credit to Ustad Mazari in raising consciousness among the deprived and oppressed people who were deprived of their basic rights for several centuries. Mazari was the one who described all the problems faced by Hazaras in the last three centuries. He raised political consciousness among those people. We can solve a lot of problems in the country by providing justice and equal participation of all the ethnic groups. Jafari hoped that the revolution which is in process in Middle East may enter Afghanistan for a better change.

Beautiful hymns and poems in regard to gallantry efforts of Ustad Mazari were read by Aziz Behbodi and Essa Zargari. The last speaker was Miss Ahmadi who presented a tremendous speech about Baba Mazari.

The Conference ended with the prayers by Sadiqizada. The guests were served with delicious food.

Abas Atif and Ibrahim Ahmadi’s contribution as Stage Secretaries illuminated the essence of the programme. 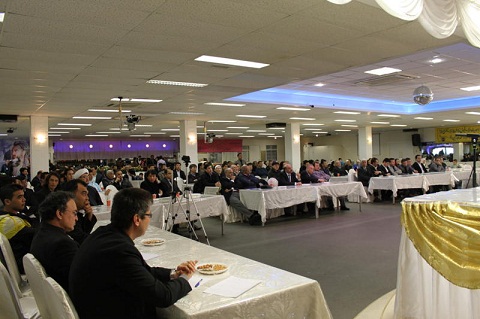 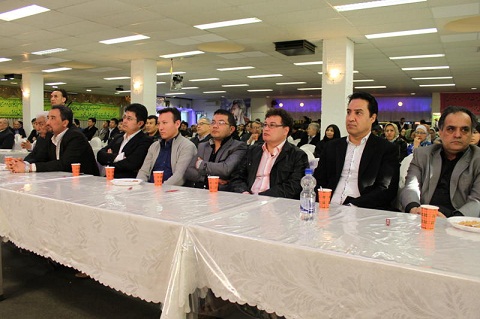 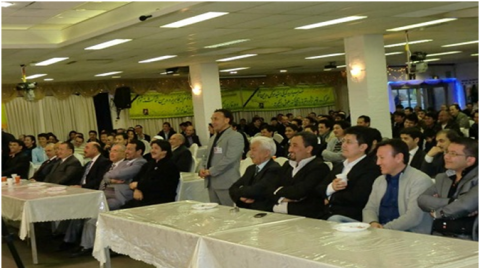 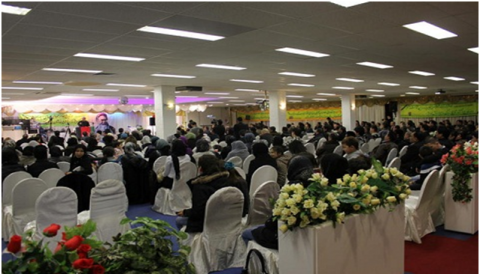 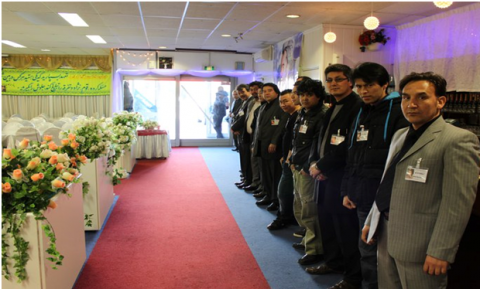