Journey from fear to a life of freedom

Journey from fear to a life of freedom

A SMILE from a Tasmanian woman called Susan changed Najeeba Wazefadost’s life when she arrived in Tasmania in 2001.
Ms Wazefadost was an Afghan refugee who travelled by boat to Australia with her mother, father, two brothers and two sisters.

She was 12 years old when her family decided to flee war-torn Afghanistan. 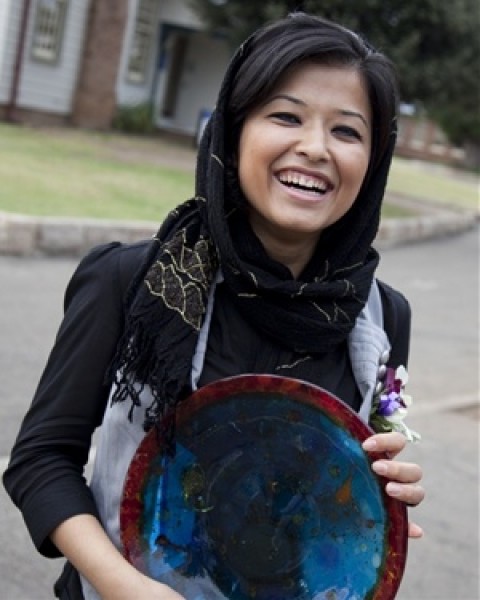 “When I left my country I had no clue where I was going, I didn’t know I was going to end up in a place called Australia,” Ms Wazefadost, now 22, said.

After hiding from the Taliban in Pakistan, Ms Wazefadost said her family decided to find a people smuggler to take them somewhere safe.

From Pakistan they travelled to Indonesia where Ms Wazefadost’s mother gave birth to Mahti, the youngest in the family, an upsetting time for Ms Wazefadost.

“Why would he want to come join our suffering, come to a world where we don’t know where we are going to end up?” she said.

Ten days after Mrs Wazefadost came out of hospital the family arrived at the designated boat.

Ms Wazefadost described the boat as a piece of wood with about 150 people squashed together – nothing resembling the “Titanic- like” boat the smugglers described.

She said there was nowhere for her mother, who was in pain from a caesarean, to sit.

Although everyone on the boat was from Afghanistan, Ms Wazefadost said they all feared each other. “All we had learned from our country was war.”

After 10 days at sea the boat arrived in Darwin and those on board were taken to the Curtin detention centre in Western Australia. 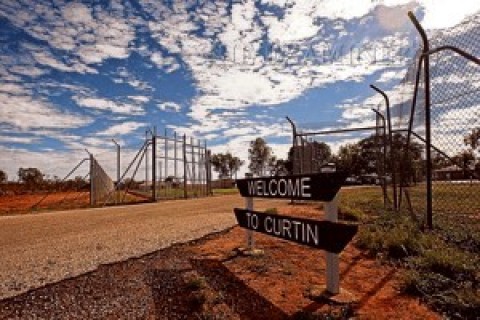 She said she thought the security guards were the Taliban but with blue eyes and blond hair.

“I felt like I was a bird in a cage with all of the wire fences around me.”

The family spent two months in detention before they were released on a temporary protection visa for four years.

“My family was one of the luckiest families to only be there for two months.
“I had a close friend who was in detention and had a baby and was released two years after I was.”

Ms Wazefadost and her family, who could not speak any English, were then sent to Tasmania.

They were greeted at Launceston Airport by an Australian woman called Susan.

Ms Wazefadost said she could not believe Susan was smiling at her. “For a lot of people giving a smile is nothing but for us it meant a big world.”

The family lived in Tasmania for nearly three months before moving to Sydney. Ms Wazefadost said Tasmania taught her about life outside of detention and changed all of the negative images she had about Australia.

“I want to thank all of the Tasmanian people for the contribution they made to my life.”

After four years of waiting, Ms Wazefadost and her family were finally granted citizenship.

“My whole family was in tears. My father looked at me and said, `Now we belong to a country that is going to stay by us, protect us, and now it is time for us to act on the kindness that the Australians have given us. You need to make Australia proud and become a good citizen of this country.”‘

Ms Wazefadost finished high school and graduated from the University of Western Sydney with a bachelor of medical science. She is now completing a masters of nursing.