On the verge of the US forces withdrawal following a decade of strong presence here, Afghanistan remains unstable, with the government failing to address even some tiny security issues. Instability has grown by the increasing insurgency through new mechanisms put in practice by the resisting militants. No need to say, once the US forces are gone, the Afghan government will be highly challenged to address security dilemma in the country. Huge amounts of money, forming a bulk of the fund spent on Afghanistan, have been allocated to security sector in the country; however, less productive results have been achieved so far. 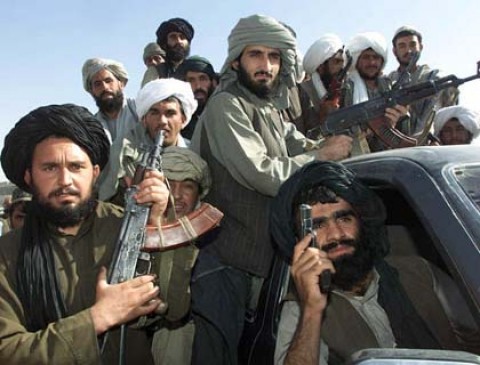 The increasing insurgency, government’s inability to take over the mission and the NATO countries’ willingness to pull back their troops have led to a severe and tense environment for Afghan nationals and the government. This doesn’t indicate denial of improvements made in building Afghan security forces. The forces have increased in terms of number but not satisfactory performance is achieved by Afghan National Security Forces (ANSF). Analysts had previously warned that without the Western military presence, president Karzai’s government would soon collapse.

In addition to inefficient training and lack of equipment, ethnic conflicts – as researches had disclosed -, divergent decision making processes at the top security level and unsustainable funding sources, infiltration of insurgent groups inside our forces and eventually the changing militancy tactics are of the main concerns about the security job in the violence-wrecked Afghanistan. Beyond all anticipations, militants have demonstrated certain fresh means to carry out their operations.

Where the militancy in Afghanistan is directed to, will the government manage to overcome extremist misuses of events and happening and how the insurgency rate will change with the clandestine exploitation of domestic issues to promote violence, hatred and instability? The recent security events and the emerging violent trends in the country indicate that the nation will suffer further if the government fails to control the expanding covert devilish moves under the veil of public protests, tribal conflicts and domestic clashes.

The recent assaults by the heavily armed Taliban-backed nomads against local civilians in various parts of the peaceful Hazarajat clearly indicate the fact that Taliban are making use of any covert means to promote instability across the country as they utilize the open techniques. Reports confirmed that Insurgents had attacked on dozens of villages in Ghazni province, looting and torching them. Understanding the peaceful spirit of the locals in the central provinces, Taliban enter villages veiled in nomadic uniform. They also, misuse nomad tribesmen to invade areas, set homes ablaze and kill civilians.

Talking on Kuchi-veild Taliban attack on Ghazni villages, provincial council representatives said the insurgents who wore clothes similar to those of Kochis (nomads), attacked on 26 villages in Nahur district of Ghazni province. They said the insurgents clashed with ANSF in Nahur district. To address the problem, the representatives asked the Afghan government to support the ANSF in the province. Hamida Gulistani, a member of Provincial council told TOLO news “the District Police Chief and Afghan National Army (ANA) have not yet intervened in the clashes. But many villages are being set on fire by armed attackers”.

Ghazni villages are not the only targets hit by militants and armed Kuchis. There are more other areas challenged by their offensive entrance in the centre of the country.
A new dimension to the country’s troubles has emerged with reports that thousands of villagers are being forced out of their villages. This is not the beginning of such iniquitous invasions; this scourge has been happening since the early years after the interim government. However, the Kuchis enjoyed full authority to abuse the local people’s rights during Taliban regime. Last year, the district of Behsood, in the central province of Wardak, turned to a scene of devastation with dozens of burned, looted and deserted villages.

Months after the attacks in Behsood and Nahur last year left dozens of innocent civilians killed and injured, hundreds of families homeless and their products ruined, the Afghan government played down the issue. After videos leaked to media channels showing Taliban flag waving on vehicles carrying the looted furniture in Behsood, the head of the government delegation dealing with the issue said. “There is a lot of fear in Wardak but the fighting has not been heavy”. Obaidullah Sabawoon said “There have been reports by the Hazaras that schools being burned and the Taliban flag being raised but we have not found evidence of this.” However, to avoid further violence and help the civil mechanisms get enhanced in the country, hundreds of thousands of people launched peaceful demonstrations in the Capital Kabul, in the provinces and abroad. However, the peaceful protests and civil approaches in Afghanistan failed easily.

In the post-conflict countries, strengthening rule of law is of high priority and significance for the government. It can help build a stable, secure and peaceful environment to attract investment, build up economic development and thus address the basic needs of people. Citizens’ rights can only be protected and the freedom and democracy ensured when the government ensures the rule of law being implemented. In order to reinforce rule of law all over the country and leave no area and no group of the people avoiding national laws, the governments need to fight obstacles, elements and factors violating laws, causing trouble for the country and the citizens.

With a weak and fragile state, Afghanistan is suffering from several violations of national laws and the constitution. At a time when Taliban, in the south, has enhanced trouble for the citizens and challenge the government’s supremacy, factors such as Kuchis are spreading instability in the central and Northern provinces. Commissions, delegations and missions, tasked to solve the issue, have failed to put a stop to this long standing catastrophe and, once more, the local residents are seeing their properties looted, farms ruined and the houses set ablaze as result of Kuchi invasion. The government has failed to practice any of the articles issued in several presidential decrees, a clear sign indicating lack of enough sovereignty.

No need to say, the central provinces are known as the most peaceful and secure parts of the country that help security grow in other parts; the people there have pioneered the disarmament, peace building and democratization processes since the interim government was established some nine years ago.

They continued supporting the modern processes and the government policies despite inequitable distribution of aids and their lowest ratio of assistance. So, they are surely of great function in post-Taliban era in the country and deserve to be rewarded or, at least, to have their basic rights protected. Launching attacks, creating violence and destabilizing the region can directly affect the whole country’s stability as the remaining parts – central and some northern provinces – get destabilized as result of uncontrolled brutal invasions.

In addition, the government has acknowledged this horrible reality that there are masked menacing factors traveling in nomadic form of life but actually seeking for destabilization of the secure regions. To avoid further instability and retain the current fragile peace, Afghan government has to understand the danger of such anarchic offensives. The act will undoubtedly jeopardize national achievements in terms of security and peace and thus should be managed an in efficient and professional manner. The government ought to put a stop to unrestrained Nomadism in the country if it wants to promote peace, human global values and modern citizenship rights.