The Northern Territory Emergency Services confirmed to the ABC this morning that they took one asylum seeker from the detention centre to Royal Darwin hospital last night. 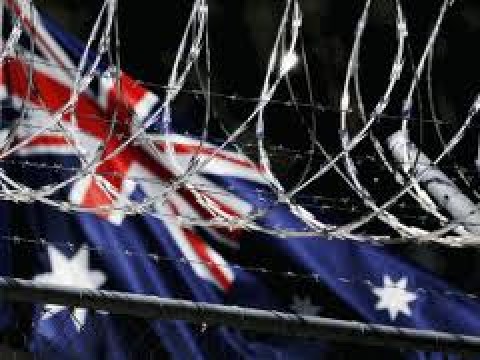 Refugee advocates say that five detainees have attempted suicide over the last week, but the Federal Immigration Department will only confirm that a small group of asylum seekers has engaged in self-harm.

Carl O’Connor from the Asylum Seeker Support Network says it’s the fifth case of self-harm in less than a week.

CARL O’CONNOR: Well the situation at the centre at the moment is pretty dire. There’s been five suicide attempts at the centre in the past week. Five men sewed their lips together last week, or last weekend.

The Department needs to urgently move some of these men out of detention and into the community and/or process their claims quickly.

MICHAEL COGGAN: Carl O’Connor says the people involved in the protests and incidents of self-harm have been in immigration detention for up to two years.

CARL O’CONNOR: Well it’s difficult to get a lot of information. There’s many people inside there with different concerns but there’s a large number of people in there who have been in immigration detention for close to two years, and this is in the context of people who have fled some pretty terrible situations.

Their mental state when they arrive in Australia is not good and to be forced into immigration detention for close to two years will only make that worse.

MICHAEL COGGAN: Mr O’Connor says there are a number of reasons why the detainees are protesting and attempting suicide.

CARL O’CONNOR: Detainees don’t have a great deal of complaints about the conditions as such in terms of the food or the accommodation, it’s the fact that they are detained in immigration for long periods of time, for no apparent reason.

There’s no reason why people inside immigration detention centres couldn’t have their claims processed in the community and live in facilities provided by non-government organisations such as the Red Cross.

MICHAEL COGGAN: The incidents of self-harm started last week when the Prime Minister was visiting Darwin. When asked about a rooftop protest at the Immigration Detention Centre at the time Julia Gillard gave this response.

JULIA GILLARD: Processing happens as quickly as it can be done, but we’ve got to set a test the veracity of people’s claims as to whether or not they are a genuine refugee. There’s no excuse for poor conduct in detention centres, so people should conduct themselves in a peaceful and orderly fashion.

MICHAEL COGGAN: The World Today requested an interview with a representative from the Department of Immigration but that request was declined.

In a statement today a departmental spokeswoman confirms a small number of detainees has engaged in self-harm, but can’t confirm the nature of that self-harm.

She says all detainees involved received appropriate medical attention following these incidents and detainees have access to an appropriate level of health care and psychological support from the detention centre’s health services provider.

And at this stage, the Asylum Seeker Support Network says there’s no word on the condition of the five detainees reported to have attempted suicide.

CARL O’CONNOR: Well I know that one man attempted suicide last night, he was taken to hospital last night. Detainees who I spoke to last night indicated that they were concerned that he wouldn’t live, such were the extent of his injuries.