Lashkar-e-Jhangvi behind Hazara killings in Quetta

By Zia Ur Rehman 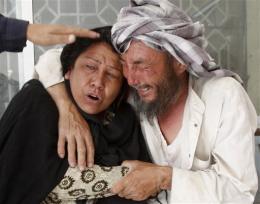 Eleven people, including a woman, were killed on July 30 when gunmen opened fire on a passenger vehicle near Pishin bus stop in Quetta. All the victims were Hazaras. The incident sparked violent protests and Quetta was completely shut down on July 31.
This is not the first such attack on members of the Shia Persian-speaking Hazara community. On July 10, two Hazara policemen were shot and killed on Qambrani Road. On June 22, two people were killed and 11 others injured in Hazar Ganji area when armed men ambushed a bus carrying pilgrims to Iran.

Syed Abrar Hussain Shah, a former Olympian, deputy director of Pakistan Sports Board, and recipient of the prestigious presidential Pride of Performance and Sitara-e-Imtiaz medals, was gunned down on June 16 near Nawab Nauroz Khan Stadium in Quetta. Shah, who belonged to the Hazara community, has represented Pakistan in the Olympics thrice and won a gold medal at the 1990 Asian Games in Beijing.

In another sectarian attack near Mirgahi Khan Chowk on May 18, unidentified men shot dead seven members of the Hazara community, including a baby, and injured five others. Most of the killed were vegetable vendors.

Seven Hazara men were killed and several injured in a rocket and gun attack in Hazara Town on May 6. There were Frontier Constabulary and Police checkposts nearby, but the attackers fled.

Over 200 Shia Hazaras have been killed in Balochistan in the last three years, according to elders of Hazara tribe and media sources. They include businessmen, political leaders, government employees, clerics, police cadets, vegetable vendors, and daily-wage workers. Hazaras are identifiable because of their Mongoloid features.

A large number of Hazaras have also been killed in attacks on religious processions. Last year, over 80 Shias, most of them Hazaras, were killed in a bombing on a Shia procession on September 3.

LeJ has accepted responsibility of most of these attacks. A spokesman for the LeJ in Balochistan, who ironically identifies himself as Ali Sher Haidri, said his group would avenge the killing of Al Qaeda leader Osama bin Laden by targeting not only government officials and security forces, but also Hazara Shias.

Handbills distributed in Quetta recently have warned the Hazaras of a “jihad” similar to the one carried out against the Hazaras of Afghanistan by the Taliban.
The 3.5 million Hazaras in Balochistan are said to have migrated to Quetta from Afghanistan a century ago. In the 1990s, the Taliban massacred the community – the third largest in the country – killing thousands in Bamyan, Ghazni and parts of Uruzgan that later became the Daykundi province. They had accused the Hazaras of collaborating with the Afghan Northern Alliance (ANA) fighting the Taliban regime in Kabul. According to an Amnesty International report, about 12,000 Hazaras were killed in central Afghanistan by the Taliban.

“Hundreds of Pakistani young men from militant organisations including the SSP, Jaish-e-Muhammad, Jundullah and Harkatul Mujahideen fought with the Taliban against the ANA,” said an expert on militancy who teaches at Balochistan University. “The same men are now killing the Hazaras in Balochistan.” He said the Al Qaeda and Taliban-linked groups accuse the community of colluding with the Americans and causing the downfall of the Taliban. Quetta is reportedly the new hub of the defeated Taliban factions, and has become a major site of expression of the hatred towards the Hazaras.

The LeJ network in Quetta is being run by Usman Saifullah Kurd, Dawood Badini and Shafiqur Rind, a senior police official said. Kurd, who heads the LeJ in Balochistan, has trained a new group of killers who are carrying out attacks on the Hazaras, he said. Rind was arrested in 2003 from Mastung area of Balochistan while Kurd was arrested by the Criminal Investigation Unit in Karachi on June 22, 2006. Both fled from the Anti-Terrorist Force jail in Quetta on January 18, 2008. Rind was rearrested, but Kurd is still at large.

A source in the SSP said Kurd had recently met Malik Ishaq, a founding member of the LeJ, in Rahim Yar Khan and invited him to visit Quetta to address the banned SSP’s public meetings.

Ishaq, accused of having masterminded the attack on the Sri Lankan cricket team in 2009 from behind the bars, was recently released by the Supreme Court after 14 years in prison.

The Hazara community had expressed concerns over his release. “The courts are releasing top leaders of banned organisations, and that shows these groups are getting stronger once again,” said a Hazara religious scholar.

According to the Hazara Democratic Party chairman, Kurd’s escape from jail was proof that these groups have inside support. He said the government claims to have arrested the attackers in all the cases, but they are never brought before the court or the public.

“The government has failed to tackle sectarian violence and protect the Hazara community,” Khailq said, whose predecessor Hussain Ali Yousafi was also killed for being a Hazara in 2009.

Hazara elders believe intelligence agencies know about the activities of banned outfits and the whereabouts of their leaders, who simply operate under new names. They believe the state is either indifferent or supporting them.

The writer is a journalist and a researcher who works on militancy and human rights. He can be contacted at zia_red@hotmail.com