Asylum Seekers in Turkey: Twice Homeless After The Heavy Quake

The latest reports from Turkey show that hundreds of Afghan Asylum Seekers are being homeless after the heavy earthquake in this country.

The asylum seekers who are hundreds including women and children, have been complaining for the situation they are in.


These asylum seekers are the people who escaped war, genocide, injustice and forced-displacement in Afghanistan and are looking for places to survive and live peacefully.

What they were complaining of, before the earthquake, was the processing of their asylum request hearings by the UNHCR Office in Turkey. Months ago through an open letter, they urged the attention of UNHCR, IOM and other organizations responsible for refugees, to review their asylum requests in faster ways.

This time, after the heavy quake in Turkey a group of The Afghan Asylum Seekers have written a message to Hazara People to reach their voices to the responsible entities and organizations.

While cold winter is on the way, the homeless Afghan Asylum Seekers will face a catastrophe if emergency shelters are not provided for them.

Hazara People, with a humanitarian view on the matter and based on its mission that is to make the voices for justice heard louder, invites humanitarian and charity organizations to help these homeless people. In addition Hazara People asks the responsible refugees organizations such as UNHCR and IOM to take necessary actions in resolving Afghan Asylum Seekers’ urgent problem. 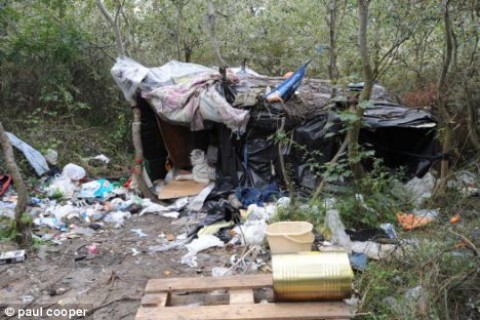 In the following you read the message that has been wired to Hazara People by the representative of these Asylum Seekers.

To whom it may concern

I am writing this letter to you in a bad situation so, sorry for the an organized letter.

As you know about the Earthquake in Van city, every one affected, but the Afghan Refugees affected the most by the earthquake.

According to the rules of Turkey, a refugee can not go to one city to the other or one province to another province and can not give us residents to another city. That is the way we unable to go another city beside our relatives for many days or weeks, so we forced to live in the cold weather without any help. This rule also applied to the entire city of Turkey as applied in Van. But if you look to a Turkish family in these difficult days, easily go to another city besides their relatives, but we do not have a chance.

Of course, everyone affected by this incident, but we are the people who impressed the most. Because our problems are more than others, the cause of we are foreigner here, can not get any help from an institution or organization. We have no official identities and also the problem of language is caused that we are unable to describe our problems; therefore we can’t get any benefits from the assistance which are coming in.

If we examine the status of the Van city earthquake, they (the government and the people of Van) can not afford within many following years. They can not even solve the needs of Van citizens and how able to solve our problems. Because we are foreign so we are at the last plan. So the best way to solve basically our problems is to move us to another or neighborhood cities. We expect your support in this way.

Yesterday the police of Turkey let the refugees to escape from Van city, no matter any city that they have relatives or want to go. But the problem starting when they asking police of other province to help them or show some where, home or dormitory for spending their nights, the police neither help them, even send them to another city nor leave them with out any help.

We are looking forward to your charitable help, we believe that every time you get it up for the saving any live of vans’ so help us too, otherwise we have not lost our life under the walls; we will die from the cold weather.