Bloody attacks on Hazaras killed over 50 in Kabul and Mazar i Sharif!

“Almost immediately after the Taliban took control of the city, the new Taliban governor, Mullah Manan Niazi, delivered speeches at mosques throughout the city, threatening violence against Hazaras in retaliation for the killing of the Taliban prisoners in 1997, warning them that they should convert to the Hanafi Sunni sect or leave the city, or face the consequences, and threatening punishment for anyone who tried to protect Hazaras. In another speech he reportedly said, ’Hazaras are not Muslim, they are Shia. They are kuffar [infidels]. The Hazaras killed our force here, and now we have to kill Hazaras.’
As Human Rights Watch noted: “These speeches, given by the most senior Taliban official in Mazar at the time, clearly indicate that the killings and other attacks on Hazaras were not the actions of renegade Taliban forces but had the sanction of the Taliban authorities.” 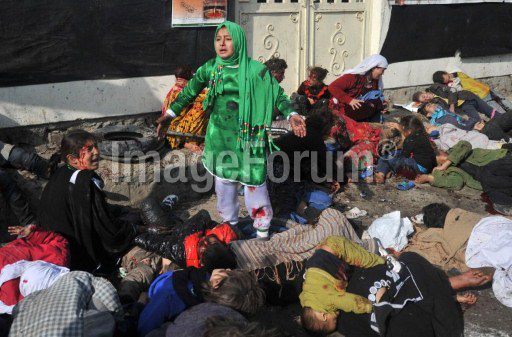 A letter from terrorist group Lashkar-e-Jhangvi: 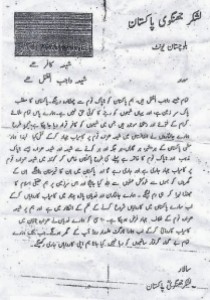 Text of the letter:
All Shias are wajib-ul-qatl (worthy of killing). We will rid Pakistan of [this] unclean people. Pakistan means land of the pure, and the Shias have no right to be here. We have the fatwa and signatures of the revered ulema in which the Shias have been declared kaafir [infidel]*. Just as our fighters have waged a successful jihad against the Shia-Hazaras in Afghanistan, our mission [in Pakistan] is the abolition of this impure sect and people, the Shias and the Shia-Hazaras, from every city, every village, every nook and corner of Pakistan. Like in the past, [our] successful Jihad against the Hazaras in Pakistan and, in particular, in Quetta is ongoing and will continue [in the future]. We will make Pakistan their graveyard — their houses will be destroyed by bombs and suicide bombers. We will only rest when we fly the flag of true Islam on this land. Our fighters and suicide bombers have [already] successfully operated in Parachinar**, and are awaiting orders to operate across Pakistan. Jihad against the Shia-Hazaras has now become our duty. Our suicide bombers have successfully operated in Hazara Town on May 6, and now our next target is your houses in Alamdar Road***. As long as our innocent friends aren’t freed [from incarceration], we will continue our operations.
The Principal, Lashkar-e-Jhangvi Pakistan.