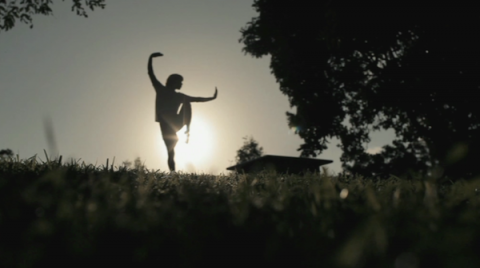 Hussain Sadiqi grew up in Afghanistan, he was part of the Hazara people, the most persecuted of ethnic minorities in the country. In 1999, when the Taliban increased their violence against the Hazara, his family helped him flee the country. ?

The eleven minute short documentary “The Art of Fighting,” is about his struggle to escape using his wits, and the skill and strength of his martial arts. Eventually finding his way to Australia, Sadiqi spent a year and a half in detention. Now, he is honing his skills, traveling the world as a self-confessed nomad, hoping to find a better life for himself and the communities he left behind in Afghanistan.

In person, Hussain Sadiqi appears to be anything but a competitive and political fighter. I met him and the film’s director, Gavain Browne, on left, at the SBIFF press breakfast at the Canary Hotel Saturday morning.

They were both quietly perched in the corner of the banquet room, observing the crowds, looking like shy newcomers to the film scene. I eventually pushed my way over to them for introductions. Sadiqi and Browne were both extremely friendly and forward, but not overbearing at all. They were eager to tell their story. Both reside in Australia, Sadiqi in Perth and Browne in Sydney.

This is their first time in Santa Barbara for the Film Festival and they were thrilled by the Spanish architecture, the glorious weather, and how friendly everyone had been to them. As a Santa Barbara native, I can’t stop myself from offering suggestions on hidden gems to see about town. We walked through historic el Paseo, had a coffee at the eclectic Handlebar Coffee shop, and a browse through the farmers’ market to sample locally grown pistachios. 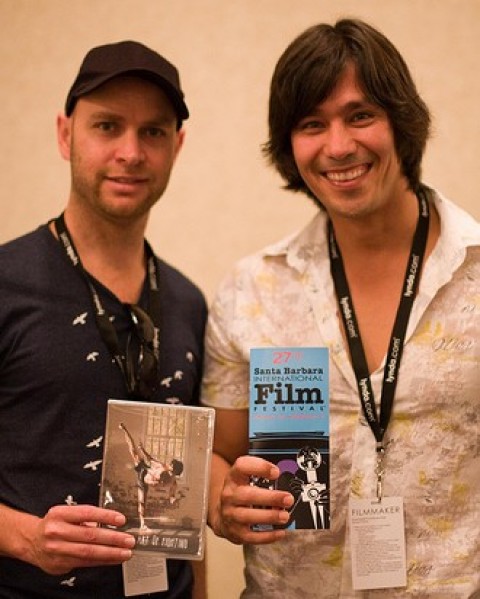 Eventually, we settled down at the Taqueria Rincon Alteno for sample a variety of delicious street tacos and a cup of horchata. Sadiqi picked up quickly on the salsa bar, reminiscing about the spicy Afghan food he grew up on as he drizzled a hot roasted chile sauce on his asada and lengua tacos and squeezed over a wedge of lime.

Sadiqi has an intense story to tell, and his words, the music, the cinematography of The Art of Fighting, is well composed and captivating. His body has a sleek and fluid movement, whether he’s stretching in a grassy field or sparring in a gritty rooftop fight scene with two opponents. After fighting, the men sit down and share food with each other. 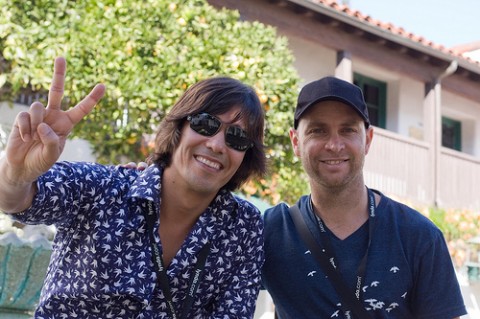 There’s hope in finding common ground among political strife and Hussain Sadiqi is using his shaolin kung fu skills to get it. He wants to be a hero for Afghanistan. If his strength and skill doesn’t overwhelm you, his smile will certainly disarm you.
The Art of Fighting is part of the Short Docs series. It screens with five other documentaries. This is its US Premiere.