A brief history of Hazara persecution A bill in the US Congress that backs the Baloch “right of self-determination” days after a congressional hearing on Balochistan, and the emotionally charged reactions to these developments in Pakistan, both ignore the persecution of the Hazara community in the violence-hit province.

Analysts say the community is of no strategic or electoral importance to Pakistani leaders, and might be seen in the US as pro-Iran because it is Shia.

The Dari-speaking Hazara people live in Afghanistan, Pakistan and Iran, and are believed to be of Turk-Mongol descent. They are mostly Shia, with small Sunni and Ismaili minorities. 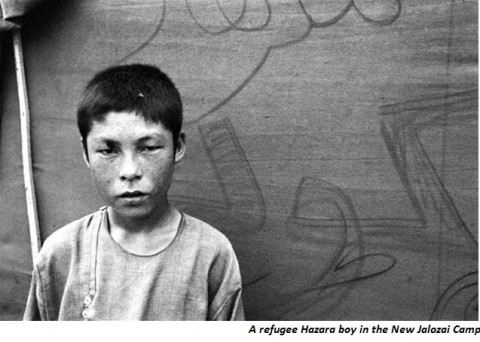 In a single incident in 1998, Iranian forces killed more than 630 refugees, mostly Hazaras, in the Safed Sang Camp detention center. According to Qaseem Akhgar, a prominent Afghan historian and political analyst, Hazara people have been living in Afghanistan for more than 2,000 years. Their persecution began after their land, the Hazarajat, was taken over by Amir Abdul Rehman Khan in the late 19th century. Hundreds of thousands of Hazara were killed, enslaved or forced to flee their homeland. Those who survived were persecuted by successive Afghan regimes. In 1933, a young Hazara highschool student Abdul Khaliq assassinated Nadir Shah, the king of Afghanistan, to avenge discrimination against his people.

The most recent spate of violence against the Hazara people began with the Taliban takeover of Afghanistan. They killed thousands of Hazaras in Bamiyan, Yakaolang and Mazar-e-Sharif with impunity from 1998 to 2001.

The persecution of Hazaras began after their land was taken over by Amir Abdul Rehman Khan in the late 19th century.In Iran, the Hazaras are known as Khawaris, or Barbaris (barbarians), because of their phenotypic similarities with the Mongols. Most of them live in Mashhad, Turbat-e-Jam, Darrah Gaz and Nishaboor.

Although a majority of Iranian population is Shia, the Khawaris are a marginalized community that has sought to protect their ethnic and cultural identity from state oppression. Iran also hosts a significant population of Hazara refugees from Afghanistan.

In a single incident in 1998, Iranian forces killed more than 630 refugees, mostly Hazaras, in the Safed Sang Camp detention center. A film about the incident was not shown in Afghanistan after what insiders call the Iranian president’s “personal request” to his Afghan counterpart.

Banned militant outfits have threatened to make Pakistan “a graveyard for the Shia Hazaras” and have asked them to leave the country by 2012.
The Hazaras in British India were less marginalized and even joined the British army. In 1904, Major CW Jacob of the 126th Balochistan Infantry, who later became Field-Marshal Sir Claude Jacob, raised the 106th Hazara Pioneers with drafts from the 124th Duchess of Connaught’s Own Balochistan Infantry and from his own regiment. They were a class regiment comprising eight companies of Hazaras. According to Hazara community leader Sardar Sa’adat Ali Hazara, “Among those who were recruited in various arms of the Indian Defence Services during World War II in 1939 was Gen Musa Khan. He later became the commander-in-chief of Pakistan Army, and was honoured for his services in the 1965 war against India.”

Unfortunately, the persecution of Hazaras began in Pakistan in 1998 with the assassination of Gen Musa Khan’s son Hassan Musa in Karachi. On July 4, 2003, 53 people died and 150 were hurt in a suicide attack on a Hazara mosque in Quetta. It was the first attack of its kind. Since then, more than 700 Shias, most of them Hazaras, have been killed in gun attacks, rocket attacks, mass killings and suicide bombings in Balochistan.

Banned militant outfits have threatened to make Pakistan “a graveyard for the Shia Hazaras” and have asked them to leave the country by 2012.

“The locations of the hideouts and training camps of the groups involved in attacks on Hazaras are not secret,” Sardar Sa’adat said. “The government and the law-enforcement agencies seem to have no interest in protecting us.”

The Hazara people are not allowed in certain parts of Quetta, including the Sariyab Road where Balochistan University is situated.

According to Asmat Yari, the president of Hazara Students Federation (HSF), “Almost 75% of Hazara students have quit the university and those who remain cannot attend classes because of fear.” School attendance has also decreased by 10 percent this year, and college attendance by 25 percent. Parents do not let their children take exams in centers outside of the areas deemed safe for the Hazaras.

Thousands of young Hazaras have fled to Europe and Australia, often illegally, to escape the oppression. On December 20, 54 Hazara boys drowned when their boat sank near Java, Indonesia. Only seven bodies have been received so far. Another 23 Hazaras drowned near Malaysia on February 1.

“That the Hazara young men chose to leave Pakistan by taking such grave risks,” the Human Rights Commission of Pakistan sad in a statement, “is a measure of the persecution the Hazara community has long faced in Balochistan.”

Saleem Javed is a medical doctor by profession and a freelance journalist based in Quetta. He blogs at saleemjavid.wordpress.com and tweets @mSaleemJaved