Mazari; the Unique Model of Leadership 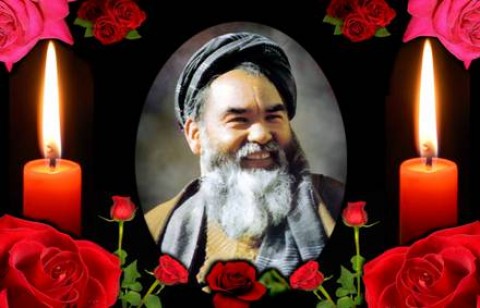 History: History has ever been the most complicated and still is when you specially try to draw a general definition of as the most accepted and understandable one for all. Because history does not go to one single compass like physics, chemistry, biology, mathematics and …history refers to too many changeable aspects of human being that is ever changing regarding on its particular time of being.

Although, phenomenon which goes into or comes out of other compasses in natural science unflinchingly not changing its fundamentals. Thus, seems to present an all accepted definition as simple as history will usually does not go through.

On the other hand; history is like an ever alive baby who is growing up in his nature progressively and nothing could stop it to continue. That is time; time is ever and ever moving ahead but never stopped and moved backwards. It would not look too bad to metaphor that baby (history) with time and then I would like to take a glance on our role as human to bring up the baby in order to have him as effective successor of our time. In the other words how to manage this nonstop moving process to touch our favors.

History will be a moving dead body out soul, unless man comes to play managing and directing role for blooming it. It as significant as a baby needs to get safe from depression and tracking down. Since, historical changes are manmade phenomenon however scientific ones are created by nature power. Scientific phenomenon needs to be recognized and discovered but history ones need to be led and managed.
**
History makers: history is made by history makers; history makers discover and recognize the keys for change in a society to bring up revolutions, to raise up voice of deaths, to break up the injustice and oppressive standards as the every aspect of scientific figures have been doing that in their field of work in course of human age into physics, chemistry mathematics and ….

History makers are not less in number, I mean every nation in this world is having or has had the honor of a history making leader once up a time in their history. Every historical leader comes up or has come up with a particular manner of defiance in his society and time of being according to the dominated conditions and the major facts of urgent change.
History makers were often prophets from god or usually the social reformists.

No matter here, both figures are attempting for change; prophets had been spreading out messages from god to break and raise up people in the faith of god to accept and bring changes on their life, but social reformists have been trying to discover aspects of change from what they themselves are in touch with and suffering too much pain of that.

History makers such as Abraham Lincoln in the united state of America rose up with a particular means and literature to change the injustice social law of slavery against blacks, nelson mandela suffered 27 years locked up prison to dissimilar long age discriminative government rules on south African blacks, mahatma Gandhi could not sit down to witness what was going on in his country on his people.

Finally abdul ali mazari the only revolutionary leader for his followers and the social reformist for his country in the whole history of Afghanistan rose and break up discriminative believes against his people exerted by society and the injustice laws applied on his people by governments.

Three major roles of Mazari:
*
Mazari and power: recognition of Mazar’s leadership asks to know a bit about the ethnicity group called hazara in afhganistan. People who are totally deferent in religion, ethnicity and have ever been on the top as one side of the political, legal and somehow military cause for the afghan kingdoms and political power at least during the last two centuries in Afghanistan.

Codetta led by pro-soviet union elements in the year 1979 disbanded structure of political power from traditional family form to multi-tribe and classes in the country. Though, everything happened into the centralized position of power to have been controlled by communist party, but for deprived groups especially hazaras that was a unique opportunity to break up their long term blocked world.

Hazaras found the chance to go abroad and start social movement right after the common upraise against the communist party during the following years. Due to lack of political experience and collective command and control hazara’s leading figures could never stopped harming offshoot of the ever deprived minority group. So that the long run outcome was 8 shiite’s party which was not as effective as to pose hazaras as a power at all.

But Mazari handled a significant political design in the year 1989 Unity of hazaras under one single party but more powerful, more strategic and more effective led by elected chair man Mazari. Afterwards, hazara meant hezbe wahdat islami and that party meant mazari, mazari meant power for majority of hazaras and others in Afghanistan.

Mazari came on leading position along with specific purposes to outlet like: he attempted to make up others who ignored millions of hazara’s existence in the country for re-recognition of hazaras, he stood up to proof effectiveness of hazaras and their common role in freedom war against soviet union and afterwards stability in the country which was overlooked by others and finally he never gave up to fight discrimination against his people. Ethnical discrimination was a historical pain not only for mazari but also for all minority groups in Afghanistan. He hollered that being hazara no longer should be a crime.
**
Mazari and social believes: mazari never centralized his efforts on outsiders only, he tried to draw a good leadership model for his people sufficiently enough. Because he believed that hazaras had never been defeated by the strongly armed forces (abdul rahman khan’s attack on hazaras land) but by the internal friends and apparently looked their insiders leading figures or relatives.

Mazari played role of an honest messenger for his people. Of course when you just listen to his weighty talks, you would definitely come to know that he was trying to warn his people to be ever shock of a black compromise on their predestination and rights by insiders whether political figures like Karim Khalili and Haji Mohammad Muhaqiq or religious shoulders like Ayatullah Muhseni and others especially ones who call themselves Sadat children of prophet Mohammad and students of Islamic Republic of Iran.

Over all, he completed the most important mission that was recreation of believe and self-confidence for hazaras to be always motivated and standing on their own feet by any purpose. He made them up to believe themselves and be themselves for all and any aspect such as politics, religion and economy.

***
Mazari and historical paradox: Afghanistan is an old country and had remarkable position for at least the region civilizations with a geopolitics and geo-economic location but could never been a civilized country. Regarding on today’s identity of this country encourages every afghan to be sorry about being from Afghanistan.

Democracy, common participation in power, equality, general development, national interest, national confidence, national unity and finally Afghanistan for all have never had an external identity in this country. In nowadays world every nation’s national interest is already defined and comes first at any incidence, in Afghanistan however everybody knows what to remark as the national interest point which is unity among the kinfolks living in the country. But none had risen up to secure that practically before mazari and after him.

Mazari was the only leader who posed the historical paradox and offered solution for it in the whole history of Afghanistan. When he announced that he believed national unity as the principle, when he said that he believed friction among kinfolks of Afghanistan is a betrayal and his efforts on reconciliation of Pashtons and Uzbeks more important when he boycotted exclusive power of Masoud and Rabani to prevent renewal of historical paradox makes him a unique leader of efforts to pay for fundamental problems.

1991 was reproduction an old historical aspect which was monopoly of power after 14 years fight for change and break up of injustice. This exclusive figure was not Amir or Khans of pashton, he was Ahmad Shah Masoud Tajik who had suffered same depression as rest of minorities.

On the other side Mazari as leader of the most deprived group under the history stood up to defend even rights of pashton as a real reformist he redefined everlasting problems in this country. He said no deference whoever goes through monopoly of power is injustice and must be boycotted.

Evaluating the current situation in the country which is not desirable at all and all non-pashton tribes complain about that, mazari delivered this message 17 years ago, besides our Tajik brothers suggesting federalism to get free of power monopoly, mazari suggested that 17 year back as the best structure for Afghanistan. May god bless him and wish his followers to spead out his ever green messages.