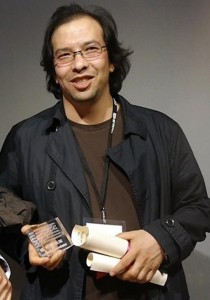 A total of eight awards were granted over the course of the festival for an average of 200 films.
The 34th Cinema du Reel festival was held in the Grand Hall of the George Pompidou Art Center from March 22nd to April 1st.
Cinema du Reel has grown into a major international documentary film festival that is held each year in Paris, France. It was established in 1978 by the Bibliothèque publique d’information.