On Behalf of the Hazara People

I weep for my people!

I weep because they are like a voice crying in the wilderness for recognition and justice and no-one seems to be listening.

I weep because those who claim to stand for basic human rights for every person have turned a blind eye and blocked their ears to the wretched plight of their fellow human beings. Hazaras are the Dari (Persian speaking) people, a minor ethnic group, comprising 22% of the population, living mainly in the central parts of Afghanistan who have endured decades of violence and oppression. Over half a million of Hazaras have been forced to seek refuge and peace in neighbouring countries such as Pakistan and Iran, but this has only given them a false hope of freedom as the persecution has relentlessly continued.

The reason for the unrestricted killing is unclear, but it has come under the heading of genocide, as thousands of these vulnerable and defenceless people have been targeted and murdered over the last few decades with a dozen killed just in the past month.

In the months April to September of 2011 at least 100 people were victims of terrorist action. The Pakistan Government has chosen to do nothing even when there has been a huge outcry of protest from the people especially those who have felt the pain and anguish of losing precious loved ones, but it seems those in authority don’t really care. 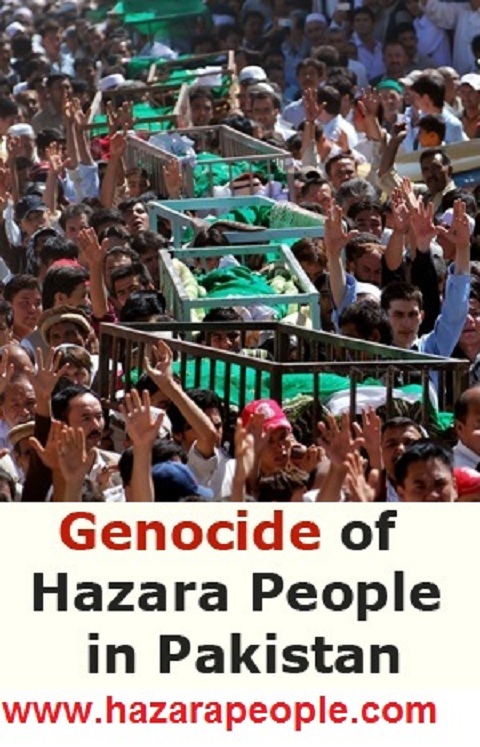 For the Hazara people living in modern and peaceful countries such as Australia, America, the UK and Europe this state of affairs is unbearable as they have themselves experienced both sides of the situation and their hearts ache for their suffering brothers and sisters in these desperate conditions.

In an attempt to help raise awareness of the sad plight of their people, the Hazara ex-patriates came together in October, 2011, announcing a world-wide protest on their behalf. As an example, on October 1st, at 10 am, more than a thousand Hazaras gathered and walked together from Victoria Square in Adelaide, South Australia, for a peaceful protest demonstration crying with one voice “Where is humanity?” and “Why should lives of innocent people be taken from them?”

The same thing happened in other countries as well. The aim was to draw the attention of others and cry out for those innocent victims killed in Pakistan and Afghanistan by unknown groups of terrorists. 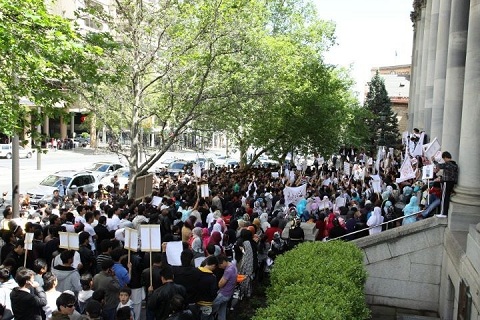 Unfortunately these protests fell on deaf ears and the media remained silent.
The human and civil rights of the Hazara people continue to be ignored as they fall innocent prey to unchecked terrorism. At least 30 people were killed only in month of April 2012.

The Pakistan Government and the United Nations apparently do not wish to be held accountable for the barbarianism and discrimination directed towards this small and defenceless group of people who just want to get on with their lives without the daily fear of being threatened by guns and other violent methods of attack.

It is time for the above leaders and authorities to sit up and take notice because the blood of the innocents will cry out for justice and must not be ignored.

In the meantime, with them and many others, I weep for my people.