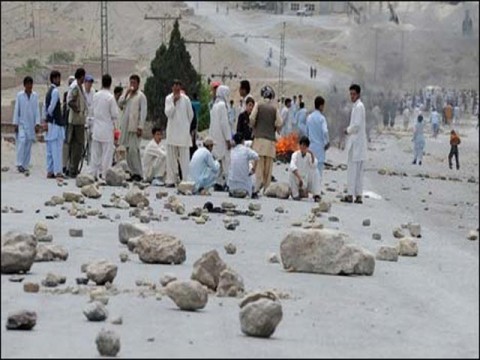 Two persons of Hazara community were killed when an unknown gunman opened fire at them here in Quetta on Saturday morning.
According to police, an unidentified assailant opened fire at two motorcyclists of Hazara community while they were passing through Brewery Road area of the provincial metropolis and fled the scene.
One person was killed on the spot and other sustained injuries in the firing incident.
The dead body and injured person were shifted to Bolan Medical Complex (BMC) where the injured also succumbed to his wounds.
Meanwhile, members of Hazara community held protest against the dual murder. They demanded the authorities to play role to stop the target killing of the Hazara community members.
The police registered a case into the incident and started search for the murderer.
Source