‘In the Sea there are Crocodiles’ a frank, revealing, clear-eyed testament

“Facts are important. The story is important. It’s what happens to you that changes your life, not where or who with.”

One night before putting him to bed, Enaiaitollah’s mother tells him three things-don’t use drugs, don’t use weapons and don’t cheat or steal. The next day, he finds his mother gone and he is left all alone in Quetta with neither money in his hand or a home, nor the ability to speak the language of those around him. His mother goes back to Ghazni, in Afghanistan to take care of her youngest son.

For Enaiat is a Hazara, and the saying among the Taliban goes: “Tajikistan for the Tajiks; Uzbekistan for the Uzbeks and ‘Goristan’ for the Hazara.” Gor means “grave”, and brutal killing sprees of the Hazara are a regular occurrence. In order to save him from the permanent dangers of living at home, his mother has left him to fend for himself in another land where he might just have a chance of surviving without living forever in fear. 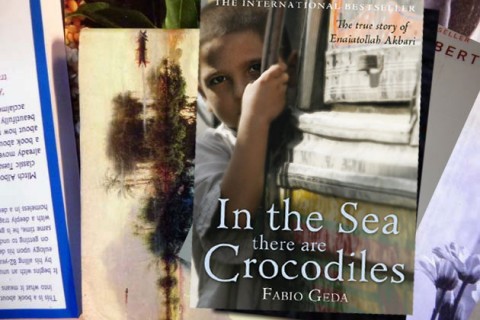 This book traces his journey from Afghanistan to Geda’s hometown-Italy. The memoir of an illegal, it describes the fear and insecurity, despair and nostalgia which refugees face, which forms the core of their journey to a new country. Along the journey, Enaiat endures the crippling physical and emotional agony of dangerous border crossings, trekking across bitterly cold mountain pathways for days on end or being stuffed into the false bottom of a truck. But not everyone is as resourceful, resilient, or lucky as Enaiat, and there are many heart-wrenching casualties along the way.

Enaiat talks about how there is a difference between the Afghans and the Taliban, how he believes that everyone should be treated the same ‘without asking for an identity card or religious affiliation’, which reveals his inquisitive mind and the ability to think in a manner more mature than that expected of a 10 year old. He reveals how although he liked hearing the children play about in the school yard as it gave him the freedom to imagine he was back home playing buzul-bazi in his native village Nava, he could not bear to watch them as they went to school.

Every scene is beautifully described as if it was part of a travelogue. His words-‘I was starting to think that sleeping wasn’t a good idea, that maybe it was better to stay awake at night to avoid people close to me vanishing into thin air’, are filled with melancholy.

If Geda’s first-person rendition of Enaiatollah’s story were entirely fictional, it would more than stand up as a page-turner that makes you care about its hero from the outset of the story. That it is based on reality makes it more than just a compelling adventure story. This memoir is a frank, revealing and clear-eyed testament of the experiences faced by a young asylum-seeker in the contemporary world. An intimate oral history which is ultimately a story about hope and survival, this book is definitely worth a read.
‘Destination and destiny are very similar aren’t they?’