“Dear United Nations and the World,
Please hear the plea of Hazara in Pakistan and Afghanistan for recognition of blatant genocide and the violation of our human rights by Sunni terrorism.
We are in desperate need of your immediate help.
Sincerely, 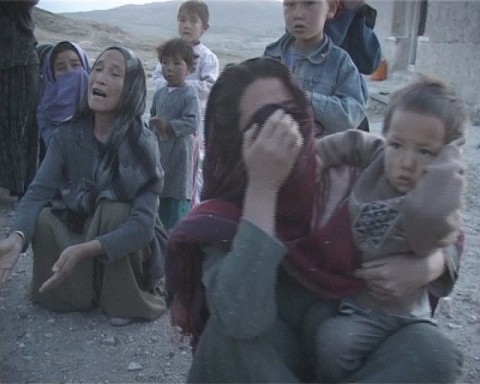 On December 9, 1948, the “Convention on the Prevention and Punishment of the Crime of Genocide” was adopted by the United Nations General Assembly. Article 2 of the Convention defines genocide as “…any of the following acts committed, with intent to destroy, in whole or in part, a national, ethnical, racial or religious group; such as, a) killing members of the group, b) causing serious bodily or mental harm to members of the group, c) deliberately inflicting on the group conditions of life calculated to bring about its physical destruction, in whole or in part, d) imposing measures intended to prevent births within the group, e) forcibly transferring children of the group to another group.”

The above letter to the UN must be delivered in haste as the Pakistani and Afghani government leaders continue to ignore the repeated pleas of Hazara to protect them. Government leaders not only refuse to locate those responsible for murdering over a thousand innocent Hazara, they have proven to everyone that they willingly offer such blind impunity to grant these terrorists a silent consent in perpetrating such heartless crimes.

The Hazara people are the victims of targeted abuse and murder brought on in daily doses by terrorist groups affiliated with Al-Quaeda and financed by the wealthy unknowns in Sunni Saudi Arabia.

Hazara victims and their families have pleaded in vain for justice in the crimes committed against them. In what should be labeled as outright genocide, over a thousand Hazara in Pakistan and Afghanistan have been innocently murdered in these past few years. Even more have been abused, both physically and mentally. Those responsible for the Hazara genocide in Pakistan are the same people that for years have been perpetrating the genocide in Afghanistan.

The terrorists’ state their purpose is “the suppression of an ethnicity defined by them as “infidel”, not only because of their Shi’a faith but calling them “foreigner” because of the somatic traits that characterize all Hazara.

The goals of this terrorist group have been stated by the terrorists themselves in their announcements, such as the one released by the group “Laskar-e-Jhangavi” in which they assert: “Just like our fighters have undertaken with success the jihad against the Shiite Hazara in Pakistan, the way of our mission is the destruction of these impure people, all Shiites and all Shiite Hazara; in every city, every village, every corner of Pakistan. We (Laskar-e-Jhangavi) will turn Pakistan into their grave, Their homes will be destroyed by bombs and by kamikazes.”

There can be no clearer declaration to commit genocide on the Hazara as this assertion.

In Pakistan, those who are to be blamed for these barbaric killings and attacks are mainly the members of “Lashkar-e-Jhangavi”. They are considered a terrorist organization by the United States, and supposedly denounced by Pakistan, although Pakistani leaders have yet to hunt down or prosecute these criminals for the murders of innocent Hazara. To many citizens that are living in Pakistan, it appears their government offers “Lashkar-e-Jhangavi” some sort of secretive support through the ISI, the Pakistani Intelligence Agency.

However, we must remember that the terrorist organization in Pakistan and Afghanistan are inextricably connected to one another, such as the Talibans who operate in both countries.

Consider the above declaration by this terrorist Sunni group and the number of innocent Hazara they have murdered. These atrocious crimes, committed in silence and indifference, must be noted by someone in the United Nations, Amnesty International and other Human Rights groups. The Hazara cry out for you to send them any sort of reasonable assistance so they can be assured of protection.

If no one hears the Hazara cry and delivers help, the ethnic Hazara people will be gone forever and you my friends will be next on the list of “infidels” to be destroyed.