Where do we go from here?

On October 4, a Hazara public official Sikander Ali was killed and two other men were injured in an attack on their vehicle on the National Highway near Kuchlak. Days later, two Shia men were killed in Quetta. 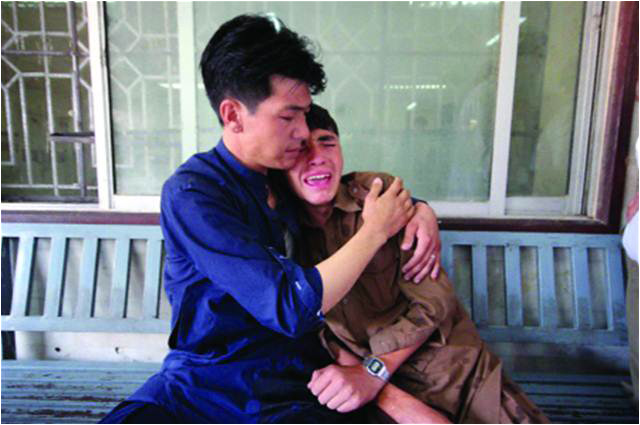 Most young Hazara people cannot attend universities and colleges in Quetta because of security fears. Data compiled by the Hazara Students Federation shows admissions of Hazara students in Balochistan University have declined by 42 percent since 2008, and enrolment in colleges outside Hazara-dominated areas has decreased by almost 95 percent.

But there has been little reaction from the Pakistani government or the international community. Token condemnations are made by politicians, and Balochistan High Court Chief Justice Qazi Fayez Essa has twice taken suo motu notice of the attacks and ordered a judicial investigation. But the killings continue, and institutions blame each other for the deteriorating law and order.

A Supreme Court bench headed by Chief Justice Iftikhar Chaudhry was told by the advocate general of Balochistan during a suo motu hearing of the killing of a Shia judge Zulfiqar Naqvi that “secret forces” disrupt peace in the province every time he was about to come to Islamabad to hear cases related to Balochistan. The FC lawyer claimed that “a foreign hand was involved in the deteriorating situation in Balochistan”, to which the chief justice asked the lawyer to ask the FC inspector general whether his force had apprehended any foreign agent. Before the FC responded, SP (Investigation) Jamil Kakar, who was probing the killings of Hazaras, was murdered.

Disappointed by the inaction of the government, the Hazaras are putting efforts to seek international support in order to pressure the government of Pakistan to protect them.

The same delegation had earlier met with MP Akhtar Chaudhry, a Pakistani-Norwegian politician from the Socialist Party and the fourth vice president of the Norwegian Parliament, on September 21. Chaudhry promised to write a letter to the Ministry of Foreign Affairs to take up the matter with Pakistan.

“The targeted killings of Hazaras in Pakistan must stop immediately. Every citizen of Pakistan must enjoy his or her right to live peacefully regardless of ethnicity, religion or language,” the MP wrote on his Facebook page.
Earlier this month, Swedish Hazaras and human rights activists gathered outside the Swedish Parliament in Stockholm protesting against the systematic killing of Hazaras in Quetta.

“We are here to demand the Swedish politicians to take up the matter with the Pakistani government,” said Kamran Haider, one of the organizers of the protest. “And we want to draw the attention of the Swedish people, the European Union, the international community and the United Nations towards the plight of Hazaras.”

Ali Naqi Baig, president of the Association of Swedish Hazaras, said intelligence agencies and security forces had backed terrorist groups in order to counter the influence of separatists in Balochistan, and the same outfits had been killing Hazaras and other Shias.

Later in the afternoon the demonstrators marched towards the Pakistani Embassy and chanted slogans against the failure of Pakistani government in providing security to the Hazara minority.

A resolution was then handed over to Pakistani Ambassador, Mr Nadeem Riyaz, who met with the representatives of the protesters.

He expressed sympathy with the families of the victims of targeted killings and promised to take up the matter with the higher authorities in Pakistan. “Our government is committed to eliminating terrorism and extremism,” said Ambassador Nadeem Riyaz.

Dr Saleem Javed is a freelance journalist and human rights activist from Quetta. He tweets at @mSaleemJaved and can be reached at dr.saleemjavid@gmail.com