It is alleged that the intelligence services, the Inter-Services Intelligence, sections of which have a history of involvement with extremist forces, have links in some ways to the Lashkar-e-Jhangvi

The letter published on February 07, 2013 reads, “As recently as Thursday, January 10, 2013, more than one hundred Hazara were killed in an organised terrorist attack on the city of Quetta, Pakistan. In the past few years, more than a thousand Hazaras were killed in similar attacks in Pakistan.”

The poets have demanded the world leaders to “properly insure the security and safety of the Hazara people and culture” and to exert “diplomatic pressure on both the Afghan and Pakistani governments to immediately cease acts of discrimination against the Hazara.”

Although an absolute minority in Pakistan, the Hazaras are the third largest ethnic group in Afghanistan after Pashtuns and Tajiks. However, they have suffered centuries of persecution and prejudice at the hands of Afghan rulers, and recently massacred and apostatised by the Taliban’s Islamic Emirate. “In August 1998, the Taliban killed more than ten thousand Hazaras in the northern city of Mazar-i-Sharif,” the letter elaborates further.

Kamran Mir Hazar, a Hazara poet based in Norway, who has crafted the letter, believes that “the stories and the plight of Hazaras become unforgettable once they are embedded in the world literature.” In the poet’s words, “The poets are away from filthy political games and express themselves independently, which gives credibility to the campaign contrary to the political statements.” The letter has been translated in a number of major languages in order to get worldwide attention. “We are committed to raising the voice for the voiceless and persecuted community through literature, which is quite long lasting”, Kamran added.

President Asif Ali Zardari’s UK visit this year also coincided with an adjournment debate in the House of Commons about atrocities committed against the Hazaras in Pakistan. While British Prime Minister, David Cameroon was hosting Afghan and Pakistani presidents to talk about peace, a number of British parliamentarians including the Parliamentary Under Secretary of State, Alistair Burt, were holding a debate in the House of Commons on February 04, 2013.

MP Labour John Denham in his opening remarks mentioned the British Hazara community’s efforts in organising a lobby of parliament during the Holocaust Memorial Day. “That event asks us all each year to be aware that genocidal persecution on religious and ethnic grounds is not simply an appalling past event but an ever-present danger that we have to be aware of. The persecution of the Hazara community, in Quetta and other parts of Balochistan, is undoubtedly persecution for religious and ethnic reasons — it bears those strong hallmarks — and that is the issue I want to raise today”, he added.

Giving an account of the persecution faced by the ethno-sectarian minority in Pakistan John said, “The killings started in 1999. Since then, more than 1,000 Hazaras have been killed in Quetta, 3,000 or more have been injured, and 55,000 or so have been forced to flee to Europe or Australia. All of those came from a population of between 500,000 and 600,000.” While explaining the reasons of expressing specific concerns over this particular issue despite reports of sectarian killings across Pakistan, the MP said, “I understand that the Hazaras of Quetta are 33 times more likely to be killed by political violence than members of the wider Shi’a community in Pakistan. That constitutes a focus on a particular religious and ethnic group.”

“Hazara students in Quetta have dropped out of university, following attacks on student transport. Hazara people have also faced difficulty in accessing civil service jobs. As has already been pointed out, however, not a single terrorist has yet been prosecuted. On the rare occasions when individuals have been arrested, they have been released. The provincial governor has been replaced, but little action seems to have been taken as yet”, he further added.

John was of the view that the failure of the Pakistan authorities to safeguard the Hazara community is surely beyond doubt, but concerns remain about a much more sinister involvement. It is alleged that the intelligence services, the Inter-Services Intelligence, sections of which have a history of involvement with extremist forces, have links in some ways to the Laskhar-e-Jhangvi. “I want to put it on record that I do not know whether such links are documented or what the strength of the evidence is, but the concerns about those potential connections are widely shared among those I have spoken to”, John claimed.

Nodding to Denham’s speech Fiona Mactaggart of the Labour Party demanded a “proper judicial inquiry to expose what is happening and to call the Government of Pakistan to account.” The British parliamentarians asked Parliamentary Under Secretary of State at the Foreign and Commonwealth Office that “the plight of the Hazaras in Quetta should be explicitly raised when the conditions of aid to Pakistan are discussed.” “A decade ago, there were 300 students at the main university in Quetta. After all the death threats and the persecutions, there are not any today. About 80 percent of Hazara businesses have either had to be sold or closed down. There are 3,000 orphans or children living in poverty because the main breadwinner has been killed”, Conservative MP Iain Stewart added.

Parliamentary Under Secretary of State, Alistair Burt while responding to the parliamentarians’ demands reminded Pakistan of its founder, Muhammad Ali Jinnah’s promises with quotes from his speech in the first constituent assembly. Jinnah said that there should be “no discrimination between one caste or creed and another” for Pakistan is founded with the “fundamental principle that we are all citizens and equal citizens of one state.” Although Pakistan has yet to fulfil Jinnah’s dream of a nation made up of “equal citizens of one state.” The Minister, however, appreciated President Zardari’s public acknowledgement about the problems faced by Pakistan’s minorities and promises that his government would work to end the discriminations.

The minister ended his speech by reminding Pakistan’s Foreign Minister, Hina Rabbani Khar, of her promises made at the universal periodic review of Pakistan in Geneva in October 2012. “As the House has made clear this evening, how the Hazara community and its issues are treated will form part of the judgment on how Pakistan is responding to the challenges it is rightly setting itself.” 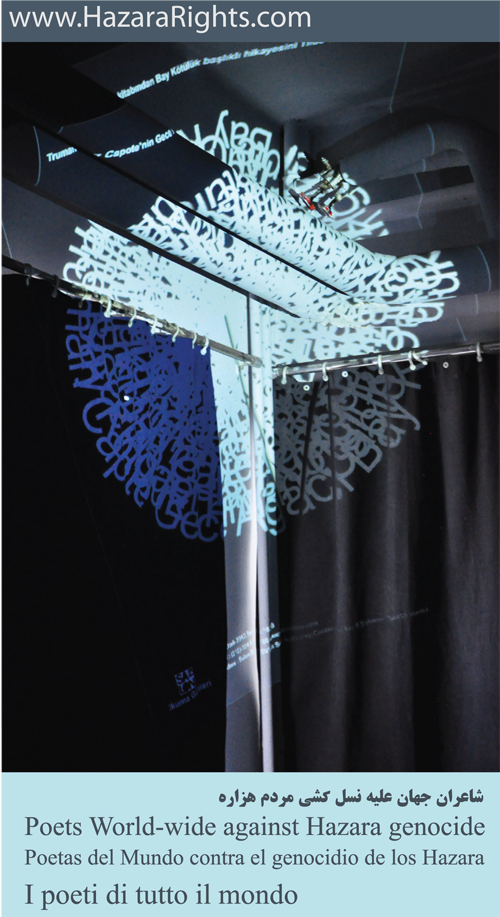 The writer is a freelance journalist and human rights activist from Quetta. He can be reached at dr.saleemjavid[at]gmail.com