Fear, hope and survival in Quetta 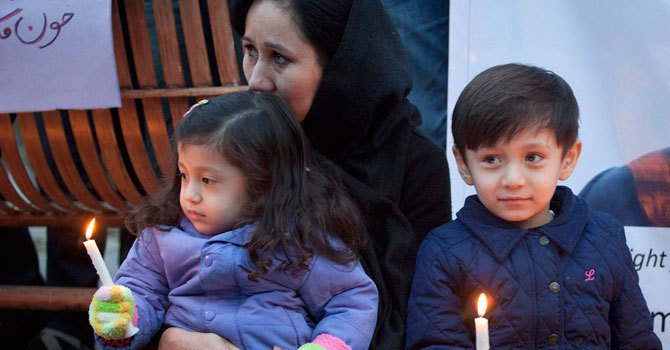 by Qasim A Moini

IN the aftermath of two savage bombings that have between them claimed nearly 200 lives and have left many more injured, an uneasy calm prevails over Quetta.

Today the Frontier Corps is all over the streets of the Balochistan capital, with stringent checks at the entry and exit points of Hazara localities and other sensitive spots. This translates to snaking lines of vehicles; distances that would normally take 10 to 15 minutes to cover take close to an hour, sometimes more. The FC troopers can be quite brusque and scan every type of conveyance — car, rickshaw or bicycle.Yet most residents of Quetta say the paramilitaries’ presence and all the hassle that it accompanies is worth it if it can prevent further terrorist atrocities. In the words of one Hazara youth, any day which passes off without incident in the city is reason for thanksgiving.

Also, it is remarkable that despite the fear that prevails in the city and the many shades of violence that have torn Balochistan apart — sectarian, ethnic, anti-state militancy, the state’s actions against separatists etc — most citizens of all ethnicities and beliefs wish for an atmosphere where all can coexist in peace. There is no outward expression of animosity against other ethnic and religious groups. As one Hazara community leader put it, “this province and this city will prosper only if there is religious tolerance and acceptance”.

Yet it is debatable how long this restraint will hold if sectarian militants continue to drive a wedge between communities by committing acts of terrorism.

However, despite the relative calm after the Hazara Town blast, one must be under no illusion that all is well in Quetta. There are major province-wide law and order problems, including kidnappings for ransom and targeted killings. And the community that has been disproportionately targeted and is most on edge is the Hazara Shias. Especially after the Alamdar Road and Hazara Town bombings, the Hazaras have been left rattled, with one activist telling this writer that members of his community avoid venturing to non-Hazara localities unless it is absolutely necessary, while some areas, such as Spinny Road, where a number of targeted killings have taken place in the past, are particularly dreaded.

Hazara students are unable to attend their universities and colleges. Many of the community’s children attend schools within their neighbourhoods, but now even these are not safe. For a community that prides itself on its commitment to education, this atmosphere is suffocating. “Some of our PhDs are picking fruit in Australia. That will give you an idea of the fear and uncertainty our community faces,” says Abdul Khaliq Hazara, chairman of the Hazara Democratic Party.

Yet even in these though times, the streets of Hazara Town are filled with young men and women, most of the latter in flowing Iranian chadars and colourful headscarves, as well as little boys and girls dashing off to the multitude of language and tuition centres in the low-income locality. The Hazaras know the value of education and realise its value in pulling communities out of poverty. Yet terrorism is fast closing the doors to educational opportunity on this resilient group.

On the economic front, many Hazara professionals prefer to work from home. On the other hand leading Hazara traders — many have been killed — have sold their shops doing good business in non-Hazara areas at throwaway prices and have relocated to localities where their community is found in larger numbers.

As to what can be done to uproot sectarian militancy from the province as a first step towards restoring peace, Hazara politicians and community activists say a targeted operation is the best option.

“Our party’s demand has been a targeted operation. Those involved in terrorism should be brought to justice. Innocent people should not be harassed,” says Abdul Khaliq Hazara.

The HDP head adds that “scrutiny must also be carried out within our state institutions. If there are people helping terrorists on the inside, they should be dealt with”.

Dr Jehan Zeb Jamaldini, senior vice-president of the Balochistan National Party-Mengal, believes the state is not doing all it can to clamp down on sectarian terrorists.

“Someone is obviously supporting regressive forces. Until those at the controls are convinced to change their attitudes, these events will keep on happening”.

Balochistan Home Secretary Akbar Durrani says the state is doing what it can to thwart further attacks, yet weak intelligence is hampering efforts.

“Unfortunately, if we were able to prevent several blasts, we were unable to prevent the Feb 16 blast. We asked ourselves how the security gaps could be filled. We listened to the Hazara community. We blocked the entry and exit routes to Hazara localities. We are hopeful that these steps will help prevent another incident. We felt our information network was weak and we are working to improve it. The problem is weak intelligence.”