Last month, as a community representative from Australia, I attended the United Nations High Commissioner for Refugees’ annual consultations with NGOs in Geneva.

The main theme was refugee protection. Addressing 420 representatives, high commissioner Antonio Guterres said ”protection is increasingly constrained as states are prioritising national sovereignty to the detriment of protection of refugee rights”. The UNHCR was concerned about Australia’s deterrence policy – trying to make asylum a domestic problem, rather than a humanitarian response to a global problem. That is exactly what happened when Kevin Rudd announced an inhumane policy on Friday, to send asylum seekers to Papua New Guinea for resettlement rather than processing.

There are four reasons, I believe, PNG does not meet basic standards for asylum seekers as laid out in the refugee convention. First, as a predominantly Christian country, PNG – through its Parliament – passed a motion to ban non-Christian faiths. Most of the asylum seekers travelling by boat to Australia for protection are Muslims often fleeing religious persecution. Not being able to practise your religion in the country of asylum is a breach of the convention. It does not matter if one lives under the theocratic regime of Iran or Taliban rule; lack of religious freedom is a violation of human rights.

“Protection should not be compromised for political opportunism”.
“Protection should not be compromised for political opportunism”. Photo: Sharon Tisdale
Second, PNG is one of the world’s worst places for women. Violence against women is so high it puts the country on an almost equal footing with Afghanistan. Recent data claims 50 per cent of PNG’s women have been raped in their homes and on the streets, and 68 per cent have been subjected to physical violence. Gang rapes are common. Even taxis are too dangerous for women because of the fear of rape by raskol gangs.

Third, there is no rule of law to protect women, or to bring a perpetrator of a sex crime to justice. The police are too corrupt and the justice system shuns women who report sexual assault. Would a female asylum seeker feel safe to walk on the streets of Port Moresby? Of course not. The Australian government has even issued a travel warning on the increase in reported cases of sexual assault, including gang rape of foreigners.

Fourth, PNG has never been a resettlement country and does not have the infrastructure for refugees, nor the legal or linguistic expertise to assess applications and communicate with asylum-seeking groups. 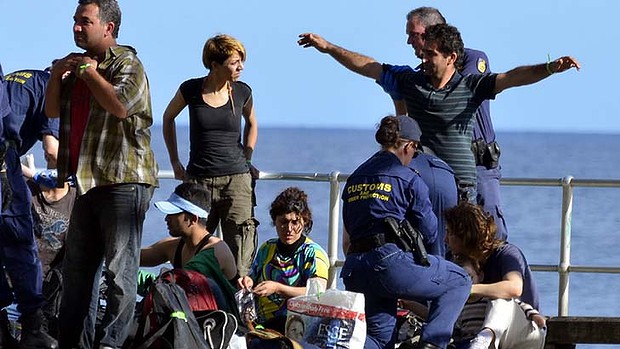 As a former refugee who has worked here with asylum seekers, I know good settlement services are important to help refugees rebuild their lives. Australia has robust settlement services based on half a century of experience. PNG is unable to provide adequate services to its own citizens, let alone refugees whose cultures are vastly different.

In 2006, Rudd wrote: ”We should never forget that the reason we have a UN convention on the protection of refugees is in large part because of the horror of the Holocaust, when the West (including Australia) turned its back on the Jewish people of Germany who sought asylum during the ’30s.”

Seven years later, isn’t this what his policy will do? Dump refugees in a country with a poor human rights record and poor protection mechanisms? Protection should not be compromised for political opportunism.

Fleeing the Taliban and surviving a treacherous boat journey, I arrived in Australia in 2001. I understand how Australia’s protection has given me a new life, safety and freedom. My mother and sisters joined me in 2009 and can walk the streets without fear of being bashed by the Taliban for having a bare ankle. My family works and studies hard to contribute to the Australian community.

Australia has provided new life for us and other refugees fleeing persecution and war. I don’t think PNG can provide that.