A Hazara refugee says he fears for the lives of his young brothers in Pakistan after hearing it could be 10 years before they can join him in Australia.

Zaman Nasiry, 22, was born in Afghanistan, but moved to Pakistan with his family when he was young.

After his father was killed by the Taliban, Mr Nasiry came to Australia by boat in 2011 and has since been granted a permanent visa. 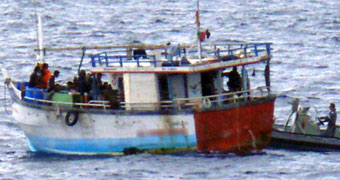 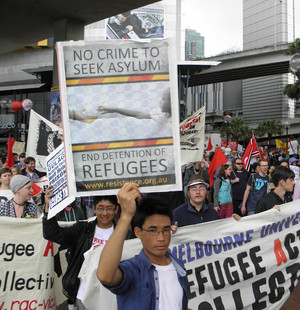 Ten months ago his wife and mother were both killed in a market bombing by the Taliban in Quetta, Pakistan.

His fears come as the Federal Government moves to make it harder for refugees who arrived by boat and are now living in Australia to be reunited with their families.

Mr Morrison says anyone who arrives by boat will go to the back of the queue when applying for family reunion visas.

The changes are backdated, which means they will affect people already living in Australia from as far back as 2001.

Mr Nasiry had already applied for an orphan-relative visa to bring his three brothers to Australia and had expected the application to take up to a year to be processed.

But his hopes of bringing his brothers to Australia have been dashed by news it could take up to 10 years for the application to be processed under the Government’s changes.

“When I was told the Government changed everything, I don’t know what I can do now,” Mr Nasiry said.

“The youngest brother cries all the time when I talk to him. He won’t speak to me anymore.”

On Wednesday, Labor accused the Government of running a “Stalinist” and “North Korean”-style media blackout after refusing to comment on reports Australia will buy 16 lifeboats to ferry asylum seekers back to Indonesia.

Their call for an end to the secrecy follows comments from two men who say they were on board the boats that were towed back and claim to have been mistreated by the Navy.