Activists have been campaigning at Perth International Airport to try to prevent a man from the minority Hazara community in Afghanistan being deported. 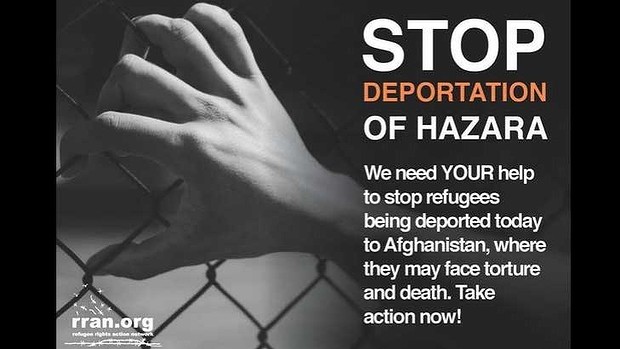 The Refugee Rights Action Network said the 20-year-old man, who has been held at a detention centre in Northam for two years, has been moved to a facility near the airport.

The network said the refugee tribunal found the man to be in genuine danger of persecution if he returned to Afghanistan, but had still been ordered to leave Australia.

The Minister for Immigration and Border Protection would not confirm if the man was being deported but released a statement .

It said: “People who have exhausted all outstanding avenues to remain in Australia and have no lawful basis to remain are expected to depart”.

Activist Sally Thompson said the tribunal found the man would be in danger if he returned to his home district but not if he was sent to Kabul.

“The last Hazara who was sent back was tortured in September,” she said.

“He was sent back by the Australian Government in August.

“He’s from the same area in Afghanistan and within a month of his arrival back there he was captured by the Taliban and tortured.”

Activists and about 40 members of Perth’s Hazara community confronted passengers at the airport and handed out about 600 leaflets in an attempt to prevent the man being deported.

Ms Thompson said they hoped to raise awareness of his plight.

“A hopefulness that someone on the plane may actually take action in a passive way by keeping their seatbelt undone and explaining why or standing up on the plane and saying why,” she said.

“Under law that means the plane can’t take off.”

The statement from the immigration Minister said: “People who do not hold a valid visa and are unwilling to voluntarily depart may be subject to detention and removal from Australia.

“Australia does not return people to their country of origin where this would contravene our obligations under international human rights instruments that Australia is party to, including the Refugee Convention.”