Norway: The Hell for Asylum Seekers 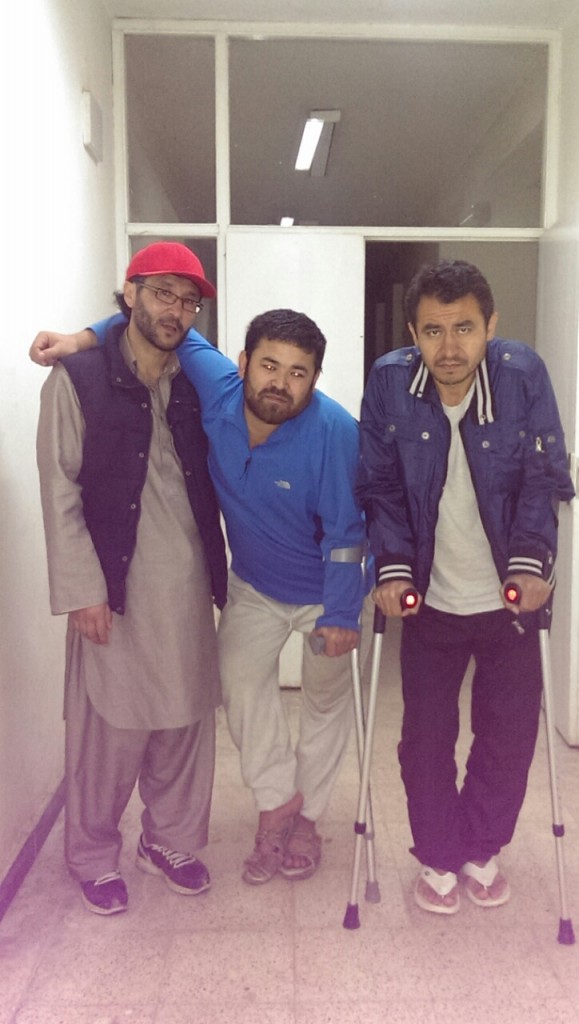 Ghulam Nabi is one of those asylums who was deported from Norway in October 26, 2014. He entered into Norway in 2008 when he was only seventeen years old and applied for refugee settlement. Between 2007 and 2009, Norway was accepting Afghan refugees and giving them settlements. However, waiting for two years, Nabi was rejected, and the Norway government told him that he can live in Kabul, the capital city of Afghanistan, if other cities or provinces are unsafe for him.

At the end of 2009, while Ghulam Nabi was returning to his room, he was hit by a car in a crosswalk, and his back was severely injured. And he remained in medically-induced coma for two days. While in the hospital, Nabi received a denial letter from international protection UDI (the Norwegian Directorate of Immigration). When he got better, he was released from the hospital. Several days later, his back got worst. Since his refugee case was rejected from UDI, he did not receive the same treatment as Norwegians. At the begging of 2014, he found a hospital to do his back surgery. Several days after his surgery, he was deported, and he did not get a chance to see his doctor after surgery. Nabi says, “He filed a complaint against the women who hit him by a car, but because she was Norwegian, Norwegian police did not take any action.”

Ghulam Nabi is not the only handicap asylums who were deported. Abullah Hussaini is another asylum seeker who broke his leg while he was playing football, the night before he was deported. The Norway police did not provide and did not let him to have access to any medical treatment. Husaini has also been suffering from pain.

During the last three weeks, around 100 asylum seekers, including men, women, and children have been deported from Norway. Some of these deportees had lived in Norway for a long time and acquired education.

Hamid, who lives near Oslo, says that it is very hard for him to go to sleep even though his asylum application is in process. Usually I do not sleep alone in a room because I get scared and Norway has turned into hell for Afghan asylum seekers. He has also complains about lengthy process of their application by the Norwegian immigration authority. Some asylum seekers cases have took almost 22 years to be processed.

A large number of asylum applicants are still waiting for replies, and asylum seekers have not permitted to work. Only the applicants’ children, who are under eighteen, can go to schools, but after that they have not have the right to continue their education. Recently, many primary schools have been denying enrolling children of asylum applicants. Also more than 50% of Norwegian communities denying rent out apartments to newly granted asylums.

To compare the standard of living, the apartments and camps for refugees are sub-standard. Due to this issue many fire eruption incidents have been occurred in those camps and apartments. Normally three or four asylum seekers have been living in one room. According to Norwegian newspapers and sites, due to harsh behavior and negligence of concerned authorities more than 150 asylums kids were disappeared just in one refugee camp located near Oslo last year. Many asylums became victim of drug and sex mafias, and some others compel to apply for asylums to other countries. Annually dozens of un-identified dead bodies are found across the Norway where a large numbers them are refugees.
Jannat Gul an Afghan asylum seeker who came Norway after crossing Greece, said, “he thought that he has escaped from the hell but now he observes that he has entered from one room of hell to another”. he added “Norwegian government tries different tactics to torture and compel asylum seekers to leave Norway. We are also not interested to leave in Norway, but we had filed our cases in this country. Therefore, if we go to any European country, they will send us back to Norway.”
Some leaked documents shows that Afghanistan Embassy has been helping Norway in deportation of Afghan asylum seekers, but no evidence has been seen. When handing the deportees and their documents to Afghan police, Norway police state that this deportation processes have been carried out with consent of Afghanistan Embassy, but none of these travel documents are approved by Afghan Embassy.

Turkish airline is the only airline which transports deportees from Norway and other European countries to Afghanistan.