It was early morning of on 28th of October 2014. Sahar’s mother was busy preparing breakfast in the kitchen while her father, Sakhi, was getting himself ready to go to work. He looked at his motorcycle in the backyard of the home, walked to it, checked the wheels and cleaned it up with a piece of cloth. 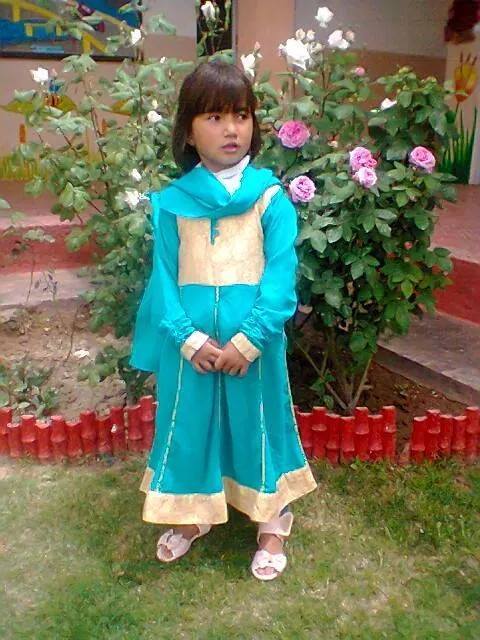 “Can you wake the children up?” his wife shouted out from the kitchen.
“OK,” Sakhi said and walked to the children’s room. He slowly pushed the door open and quietly popped his head through the door. All his daughters were in a deep sleep. Sahar, his youngest daughter who was seven was laying sleep beside her elder sisters. He gently knocked the door and called out “wake up children! Time to get ready for the school now!”

Anisa, the eldest ten years old daughter said “OK father,” then rubbing her eyes and nudging Sahar, who was laying sleep beside her on the floor, said “wake up.” Sahar woke up and asked “what time is it?” stretching her arms and legs.

“It’s 7am,” Anisa answered looking on the wall clock but she immediately recalled “Aha! I won’t go to school today. You know, it’s sports day. What about you?”

“If you don’t go, I won’t go,” Sahar replied. Her eldest sister pushed Sahar out of the bed and started making it while Sahar walked to the bathroom to wash her mouth, face and hands. She looked at herself in the mirror, grabbed a tube, squeezed a blob of skincare cream out on her palm and applied it on her face and hands. She also combed her hair and put on the floral hair-band to push her shiny black straight hair away from her pretty face. She hurried to the kitchen.

When her mother saw the girls coming in the kitchen, she said “hurry up children! You’ll be late of your school, if you start breakfast late.”

“Mother, today we have sports day at school and we won’t have any lessons. You know, I don’t like sports. I’ll help you in the kitchen,” Anisa said looking at her mother. Her mother didn’t say anything but looked at her husband who said “OK. If Anisa doesn’t go to school, then Sahar mustn’t go either.” He then looked at his wife “we’re very new in this area. I want the girls to go to school together but please make sure you all stay at home.”

“Don’t worry father, we won’t go outside,” Anisa jumped in and started eating breakfast. “Thank you dear. I know hardly any people here,” his father admitted. “It takes time to get to know our neighbours.”

“Mother, who is Hazara Shia?” Sahar asked while eating her favourite breakfast—Paratha, “fried bread” and milk tea.
“Why are you asking?” her mother asked looking curiously at her.
“Yesterday when I was walking home, a man in the neighbourhood pointed at me and said to his friend that she was a Hazara Shia,” she told her mother. “I’m Sahar Batool not a Hazara Shia. Am I right mother?”

“Yes dear, but you shouldn’t worry,” her mother replied.
“And you don’t need to get scared. You must know that we live in a cantonment area. It’s the safest place in Quetta City and above all I work for the Pakistan Army not for a civilian government,” his father said proudly and encouraged her daughters to tell him “if they get bullied or hassled in the area.”

After the breakfast, when Sakhi was about to leave home for work, Sahar requested her father to take her to the nearby shop on his motorcycle to buy herself chocolates and sweets as it was bit far to walk from home.

Her father kicked his motorbike to start the engine, her elder sister Anisa opened the main gate and both father and Sahar rode off to the shop. It took nearly four minutes to get to the shop. Sahar bought few chocolates bars, some sweets and a packet of spiced potato crisps to enjoy her day. His father hurriedly dropped her off near home and sped to his job.
At home her eldest sister was helping her mother in the kitchen. She was piling up dirty dishes in the sink for her mother to wash them up while her mother was busy cleaning the kitchen. “Do you know what time it is now?” her mother asked Anisa.

“It’s 9:30am, mother,” Anisa replied.
“Has Sahar arrived home?”
“I don’t know mother.”
“Can you check her in the bedroom? I’ll wash up dishes,” she asked Anisa. “She may be playing in the bedroom.”
“OK mother.” Anisa obeyed her mother and went to the bedroom. Sahar wasn’t there. When she came back in the kitchen she told her mother that Sahar might have gone to the neighbours. She tried to calm her mother.

After an hour when Sahar didn’t come home, her mother started to get worried and asked Anisa to go out and bring her home. She looked in the neighbourhood. Sahar was not there. She knocked at uncle Ahmed’s home but she wasn’t there. She came home back without Sahar.
When her mother saw Anisa without Sahar, she became really nervous “Oh my God! What to do? Where should I go now?” a series of questions popped into her head. She grabbed her scarf, put it over her head and asked Anisa to stay at home and let her know, when Sahar came home.

She went out with her elder daughter and looked carefully outside her home, she asked everyone in the street if they had seen any young Hazara girl aged seven with green dress and knocked all the neighbours’ homes of the colony in a hope to find her but Sahar was not there. Her fear was now swelling in her mind. Her heart was throbbing fast but she was still hoping to find her.

Her mouth in the meantime was getting drier. Her lips started quivering when she asked people about her missing child. While walking frantically in the street, she could feel her legs trembling and her pale face easily revealed how fearful she was at not being able to find her daughter. “Please God help me find my daughter. What should I tell his father?” she thought fearfully.

She was scared to go home without Sahar but she hoped to see her at home. She rushed to the home with mixed feelings but her panic multiplied when she saw Anisa standing alone at the door. “Has she come back?” she immediately asked Anisa.
“No mother. She hasn’t back yet,” she replied.

“Oh my God, my head is exploding I can’t think anymore? Can you both go out again and look around,” her mother asked her daughters, crying nervously. “I don’t know where she has gone? Please God, send Sahar home safely.”

For the third time, they went out of the home and started searching again. One of the sisters ran to the shop while the other one ran to a lady to ask about her missing sister. But the moment she got closer to the lady and was about to open her mouth “your sister is over there,” the lady said pointing to Sahar’s body, lying on the garbage dump. Anisa couldn’t believe her eyes when she saw her sister’s body lying unmoving on the garbage dump face up. She ran to the home and shouted her mother to come out of the home. Her mother ran out, barefooted, on the sound of her daughter’s voice. Anisa took her mother to the garbage dump and showed her, Sahar’s body. On seeing her daughter’s dead body she fell over her, held Sahar up in her arms and screamed “is there anybody to help me.”

Two passersby came forward and helped remove Sahar’s body to the cantonment hospital from where her father was phoned to come to the hospital immediately.

In the presence of the Police, the lady doctor said that the killer throttled her to death with a rope around her neck by pulling it hard from her back and his hand repeatedly banged her forehead on the concrete floor.

On a question of rape raised by the Police, the lady doctor said that the child had been subjected to an attempted rape but being a brave girl she protected herself.
After the post-mortem examination report, Sakhi brought his daughter’s dead body home and later on, she was laid to rest at a local graveyard at around 7pm in the evening. As part of the ritual, local people visited the bereaved family members and expressed their condolences and sympathies with them.

Sakhi never thought that his seven years old daughter could be killed in cantonment area, the safest place in Quetta City, Pakistan. Being so young, Sahar never knew which ethnicity group or religious sect of Islam she belonged to. But many believe that she was killed because she was a Hazara Shia. And in Pakistan, especially Quetta City Hazaras don’t get bullied or hassled, but get brutally killed.

The writer is an independent UK-based journalist. He can be contacted at toyounasat@yahoo.co.uk and tweets @toyounasat. To read more stories, please click on http://www.myounas.com