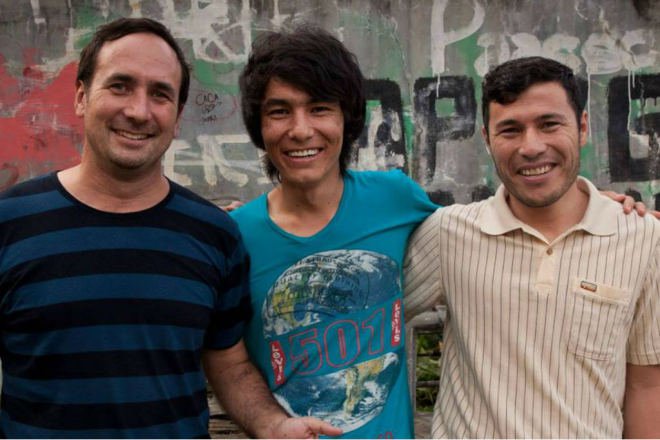 silencing some of the most important voices: the asylum seekers and refugees themselves. A combination of government secrecy, language barriers, the tyranny of distance and political scapegoating means that we rarely hear directly from the people who our policies affect the most, and struggle to understand their point of view.

Now some refugees living in limbo in Indonesia are taking matters into their own hands, using whatever resources at their disposal to tell their own stories in their own ways. Khadim Dai is an eighteen-year-old guy living in Cisarua, south of Jakarta. He fled his native Pakistan after a bomb went off in his school, killing 126 people, and decided to make his way towards Australia.

Khadim and his roommates, Baz Muhammad, Rahim and Amanullah, are Hazara, an ethnic group prevalent mainly in Afghanistan and Pakistan who have been frequent targets of violence from the Taliban and other fundamentalist groups. Armed with a smartphone, Khadim has begun documenting their lives as they wait to hear on their refugee status from the local UNHCR office — playing soccer, making musical instruments out of motorbike helmets, and making naan and fruit smoothies.
Khadim’s videos recently gained a profile with Indonesian online outlet Coconuts Jakarta, and they’ve started to gain attention on Reddit (via user Captwacky). In an earlier video, Khadim recounts how he and some friends began setting up a learning centre for the dozens of Hazara children in the neighborhood who aren’t allowed to go to school.

Khadim and his friends have a Facebook page, ‘Who Are We Anyway?’, which they regularly update, as does the Cisarua Refugee Learning Centre. If refugees seeking to start a new life in Australia are speaking up despite — or because of — their circumstances, Australia would do well to listen.