While the international community scrambles to end the Islamic State-led atrocities against Iraq’s Shia community, a similar, albeit more isolated scenario is unfolding in Quetta, Pakistan. However, there has been no outpouring of support or concerted intervention to stop the systematic killing of Quetta’s Shia Hazara community. Instead, they have been left to their own devices, confined to two small districts of the city, too afraid to leave for fear of being killed by Sunni extremists. 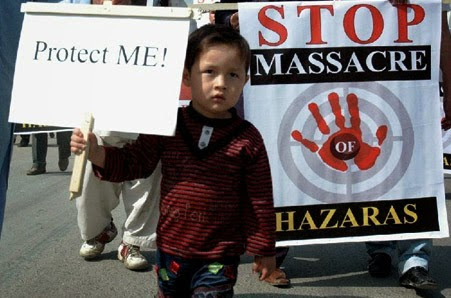 Sunni-Shia violence in Pakistan has been recurrent for decades, but in the past few years, it has become increasingly one-sided. The city’s Shia Hazara community faces relentless violence at the hands of Lashkar-e-Jhangvi (LeJ), a Saudi-backed sectarian militant group from the Deobandi sect of Sunni Islam. LeJ is a Takfiri organization, condemning any group that does not follow a rigid interpretation of Sunni Islam. LeJ is a breakaway faction of the Sipah-e-Sahaba Pakistan, a sectarian organization with longstanding ties to the Pakistani state. The Afghan Taliban and al-Qaeda fortified LeJ during the group’s infancy to help fight the ethnically diverse Northern Alliance in Afghanistan. These battles provide the historical context for LeJ’s targeting of Quetta’s Hazaras, as hundreds fought alongside the Northern Alliance during the Taliban occupation.

According to Human Rights Watch, more than 400 Hazaras died from sectarian violence in Quetta in 2013 and half of all Shias killed in Pakistan belonged to the Hazara community. Their Mongolian facial features and distinct dialect distinguishes them from Quetta’s Pashtun-dominated population, making them especially vulnerable to targeted attacks. Since the LeJ published an open letter in 2011 declaring all Shias were wajib-ul-qatl, or worthy of killing, the group escalated their campaign of targeted bombings and assassinations against the Hazara community. The LeJ has targeted religious gatherings, businesses, markets, and Hazaras simply going about their daily lives. Every aspect of their lives has come under attack. Paralyzed by terror, Quetta’s Hazaras packed up their homes and businesses and relocated to the Alamdar Road or Hazara Town neighborhoods, plunging the community into economic hardship.

The violence peaked on January 10, 2013, when an LeJ suicide bomber detonated an explosive device at a snooker club popular with local Hazaras. A second device exploded as emergency response teams and civilian responders attempted to rescue survivors. The attack killed 110 individuals and wounded more than 150 others, highlighting the ferocity of the LeJ and marking the beginning of the most violent year for the Hazara community. In response to the government’s inaction, Hazara community members refused to bury the dead and staged peaceful protests calling for the dismissal of the provincial government and the army to take over security. The protests eventually spread across Pakistan and to several cities abroad. To the surprise of the community, the Pakistani government heeded their calls by dismissing the provincial government, declaring federal rule over the province, and handing over security to the paramilitary Frontier Corps. This decision proved to be a fruitless effort as the LeJ conducted three to four deadly attacks per month for the rest of the year. The violence began early in 2014 and continued unabated for much of the year. On January 2, 2014, a LeJ suicide bomber struck a passenger bus carrying pilgrims from Iran to Quetta, killing at least 30 Hazaras and wounding more than 20 others. The government’s only strategy was to suspend bus services along the route.

“The Islamic State’s footprint in Pakistan highlights the need to curtail sectarian violence against the country’s Hazara community.”

Although the systematic killing of Shia Hazaras bears all the hallmarks of genocide, successive Pakistani governments have failed to address it as such. Whether through complicity or lack of a unified strategy, the government and security forces in Baluchistan offer little hope the situation will improve. Police and Frontier Corps operations throughout the city have been ad-hoc at best and have largely failed to stymie the influence of Sunni extremism. Systemic flaws within the state’s judicial system have repeatedly allowed the perpetrators of these heinous crimes to go free. For nearly two decades, LeJ leader Malik Ishaq evaded prosecution by the Pakistani government despite several prolonged stints in prison. The Punjab government released Ishaq again on December 24 after three judges of the Lahore High Court deemed the charge sheets filed against him to be inadmissible. Prosecution for sectarian crimes has proved to be an inadequate deterrent and a major impediment for the Pakistani government.

The indifference displayed by the Pakistani state is particularly unsettling due to the rising influence of the Islamic State. Although al-Qaeda still holds sway over Pakistan’s anti-state militants, sectarian groups have begun drawing inspiration from IS’s success in Iraq and Syria. IS has galvanized countless sectarian militant groups around the world and is vehemently trying to do so in Pakistan. IS wall chalking and pamphlets published in Urdu, Pashto, and Dari began appearing across the country in October 2014. In the past few months, IS has been lionized by prominent militant figures throughout Pakistan, including members of the ubiquitous Tehrik-i-Taliban Pakistan. Jundullah, a Baloch Sunni sectarian group akin to LeJ, announced their allegiance to IS in November after purportedly meeting with an IS delegation in Baluchistan. Meanwhile, LeJ leaders reportedly met with IS at an unknown location along Saudi Arabia’s border with Syria. Despite the clear signs of an IS footprint in Pakistan, the government has remained non-committal, refusing to acknowledge any IS presence in the country.

Although a full-fledged IS incursion is unlikely, there are countless ways in which IS can exert its influence in Pakistan. Several radical mosques and madrasahs responsible for churning out militants in Pakistan, most notably Lal Masjid, have come out in support of IS and the group’s mission to establish a caliphate. IS propagated sectarian hatred could breed a new generation of militants and will further radicalize sectarian elements throughout the country. IS may seek to establish a Pakistan-based delegation to unite the country’s disparate militant groups to pursue a common objective – violently establishing a Sunni caliphate in Pakistan. The consequences of a sustained IS presence, regardless of size, in Pakistan could be dire, particularly at a time when the military is solely focused on the TTP threat in the FATA. Failure to rein in sectarian militant groups would leave Pakistan dangerously vulnerable to IS influence.

The first step to countering sectarian bloodshed in Pakistan is acknowledging the crisis. The Pakistani government needs to take calculated measures to prevent further bloodletting and IS from establishing any sort of foothold. Prime Minister Sharif must order a broad investigation into the perpetrators of this violence and hold them accountable. The Frontier Corps and police forces should conduct targeted operations to disband and disarm sectarian militant groups in Baluchistan province. Additionally, security should be bolstered in Alamdar Road and Hazara Town to ensure Hazaras can safely go about their lives. A government taskforce should document, report, and investigate all cases of sectarian violence in Baluchistan. Dismantling existing sectarian militant groups is the most viable strategy for countering the rising influence of IS in Pakistan.