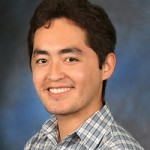 Twenty-two years ago, residents of Kabul’s Afshar district awoke to the sound of rockets launched at them from a nearby mountainside. February 11, 1993, marked the bloody dawn of the Afshar campaign, one of the worst mass atrocities of Afghanistan’s civil war of the early 1990s. Powerful militia-backed faction leaders systematically planned and coordinated the Afshar campaign as part of their battle for control of the capital. Civilians bore the brunt of the brutality as the militias shot, raped, and kidnapped at will.

It is impossible to know how many civilians were killed, or abducted and never released. Human Rights Watch documented victim accounts that describe some 80 summary executions and more than 700 kidnappings in three days; of these, 80 to 100 were freed after ransoms were paid. The rest never came home.

Afshar and its aftermath symbolize the toxic impunity that has plagued Afghanistan for decades.

The final documents of an official inquiry into the massacre were destroyed after the Taliban captured Kabul in 1996. There is no serious dispute about what happened in Afshar, and there’s ample evidence of who was responsible. But the government that came to power with international support in 2001 opted to not pursue the perpetrators of the Afshar campaign as part of a cold-blooded political calculation that traded justice for hoped-for political stability. It systematically blocked inquiries and efforts aimed at holding to account those responsible for Afshar and other mass abuses. In 2006, the Afghan parliament went so far as to give amnesty to perpetrators of war crimes and crimes against humanity, many of whom enjoy positions of power. Former President Hamid Karzai approved the law despite promising not to do so.

The United States and other allies of Afghanistan, who squandered the opportunity to push for justice for over a decade, have worked with and supported many of the people facing credible allegations of grave human rights abuses.

But there’s still hope: a report by the Afghanistan Independent Human Rights Commission provides forensic detail of abuses between 1978 and 2001, and is an invaluable starting point for further investigations. The Karzai government opted to suppress the report, but the new government of President Ashraf Ghani and Chief Executive Abdullah Adbullah should use it to end decades of impunity.

The victims of Afshar and too many other atrocities have waited far too long for justice, but Ghani and Abdullah could bring it within reach.