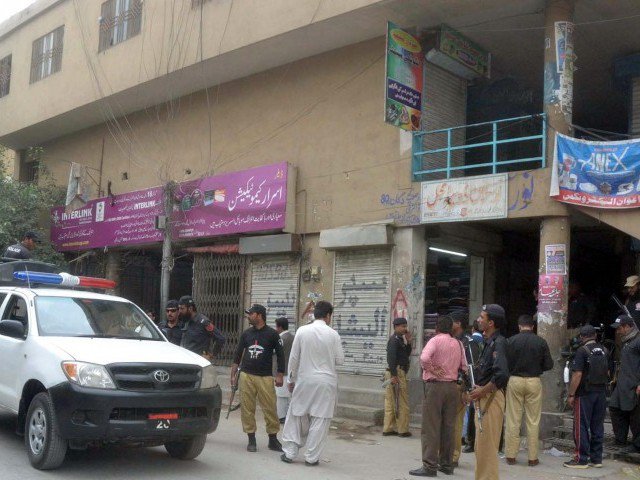 “The attackers were on foot and ran away after opening fire,” CCPO Abdul Razzaq Cheema told media.

As news of the attack spread, the main bazaars of Quetta shut down.

Following the incident, Frontier Corps and police rushed to the spot and cordoned off the area.

The dead were taken to civil hospital for autopsy while the injured were shifted to the Combined Military Hospital for treatment.

The deceased were identified as Arif Ali and Haji Hussain, while the injured man was identified as Mohammad Essa. All three belonged to the Hazara Community.

CCPO Quetta Abdul Razzaq Cheema said the people should cooperate with FC and police and provide information about suspects in their areas. A case against unknown assailants was also registered. Cheema urged merchants to reopen their shops.

In the last four days at least six people have been killed and 10 others have been injures in a fresh wave of sectarian attacks in Quetta. However, no group had claimed the responsibility for Wednesday’s attack till the filing of this report.

A case has been registered against the unknown persons and investigations are underway.

FC had been given police powers for three months in 2012, but it has since been continuously extended in a bid to tackle targeted killings and militancy in the region.

A summary for the latest extension was moved by Home Secretary which was subsequently approved by the Chief Minister.

Per the extension, FC will continue to exercise police powers until August 27, 2015. FC can thus conduct raids, investigate crimes and make arrests.