Five Hazaras gunned down in Quetta 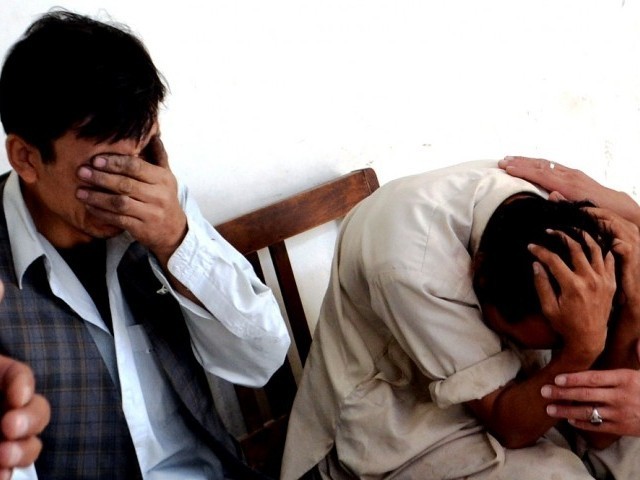 At least five people belonging to the Hazara community were gunned down in Quetta’s Circular Road area near Meezab Chowk Sunday evening.

Unidentified armed men on two motorcycles opened indiscriminate fire on the victims, who were sitting outside a tea shop in the area.

Four of them died on the spot, while one person was shifted to CMH Quetta, where he succumbed to his injuries.

Bodies of the deceased were shifted to the civil hospital and the CMH. They have been identified as Mohammad Ali, Mohammad Idrees, Kazim, Zeeshan and Nematullah.

As news of the attack spread, the main bazaars of Quetta shut down.

Police and FC have cordoned the area, and have initiated an investigation.

Earlier on May 27, two Hazaras were shot dead near Meezan Chowk.

On Saturday, gunmen shot dead four policemen — including a sub-inspector — in a targeted attack in a troubled suburb of the provincial capital.

The gunmen riding motorcycles pulled up near a police mobile van parked near a post office on Mullah Abdul Salam Road in the Pashtoonabad neighbourhood and shot dead all those on board, according to Abdul Razaq Cheema, the capital city police officer (CCPO).