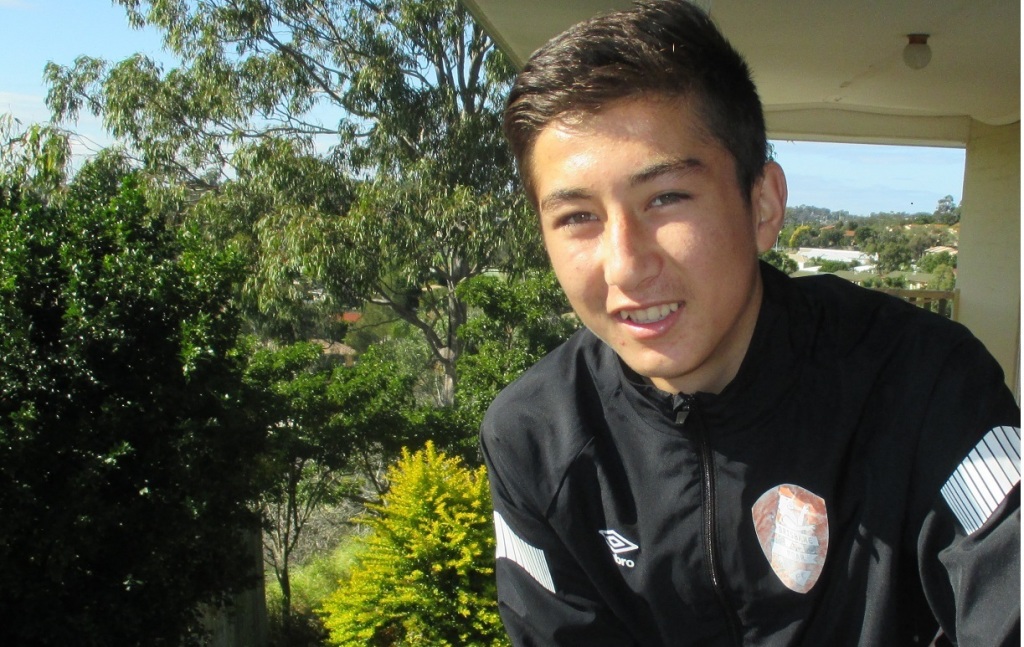 Hazara Roar player Rahmat Akbari has been named in the Joeys squad aiming to qualify for the 2017 FIFA Under-17 World Cup.

The 15-year-old from Edens Landing has been named in a national squad to begin preparing for qualification for the 2017 FIFA Under-17 World Cup in India.

He will travel with Tony Vidmar’s Joeys to Cambodia later this month to play games as a warm up to the first qualifying matches in September.

“This is a proud moment for me and my family as Australians,” Rahmat said.

“I can’t wait to put on the green and gold for the first time.”

The family is from a small village near Jaghori in the central highlands of Afghanistan.

Ghulam and Hakema and their four children at the time, including Rahmat who was a newborn, fled Afghanistan in 2001.

They spent some time in Pakistan before migrating to Australia in 2005.

Ghulam says football has been really important in helping the family build its new life in Australia.

“If we were still in Afghanistan or Pakistan this would never have happened,” he said.

“Back there we couldn’t even go to a proper school or get educated.

“When we came here we got the chance to attend a good school and be taught by good teachers and follow our dreams as well.

“Rahmat wants to be a professional footballer. If we hadn’t come to Australia, we couldn’t even dream of such a thing. We are very proud of what he has achieved.”

Rahmat plays as an attacking midfielder or forward in the Brisbane Roar/Queensland Academy of Sport under-18 side in the PlayStation 4 National Premier Leagues Queensland.

He has scored 17 goals so far this season including eight in his last two matches.

The Beenleigh Lions and Logan Lightning junior product is a fan of Real Madrid and Manchester United and dreams of one day playing at the highest levels of world football.

Rahmat’s selection delighted his coach at the Roar, Josh McCloughan, although he adds there is still a lot of work ahead.

“Rahmat has worked extremely hard this season and deserves his reward,” McCloughan said.

“The club is very proud of him and will continue to invest in his future development.”