Living in the shadows: A Hazara man finds solace in poetry 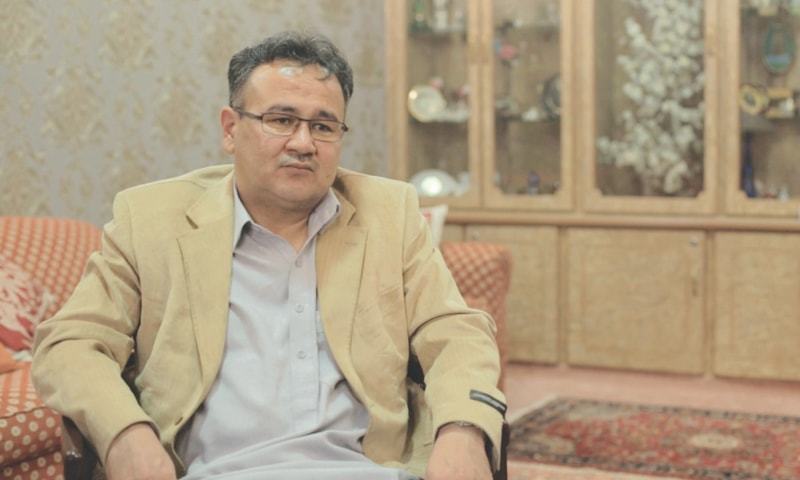 Quetta was once a beautiful garrison town with a thriving culture. Now, many of its residents do not even recognise its former self. A community that is intrinsically linked to that city is the Hazara community.

After the Anglo-Afghan war a number of the Hazaras settled in Quetta. They assimilated into society, received an education and began working in the city. Ali Baba Taj grew up in this atmosphere, graduating from Quetta University.

“I spent my youth here,” he recalls. “We would sit in the university lawns late into the evening without a care in the world. There was hardly a place in this city we did not drink tea at.”

Taj was born a poet. He started reading when he was in primary school and began writing a few years after. One of his teachers inspired him to pursue his passion. “My Urdu teacher would read poetry out to us. He wrote in Punjabi and his verses would often touch upon the struggles of the Christian society living in Pakistan.”

“Depending on what age you are, poetry is written on topics that interest you at that time. So when I started, I wrote on love and friendship,” explains Taj.

But then times changed. We started to pay more attention to the conditions of the city, of the country, of nature, of society, of law and justice. With time, you see your topics start to change and you see your innocence begins to diminish.

In the 1990s the situation in the city began to deteriorate and Taj and his colleagues began to find disturbing graffiti and wall chalkings on walls.

Many of them aimed at the Hazara community. “There were some messages on walls, political slogans mostly but no one really paid any attention to them,” says Taj. But after 2000, they increased and then by 2004, they were everywhere.”

Now, members of his community live in the shadows, wondering who will be targeted next.

Their graveyards are overflowing with tragic stories. Their children, afraid to go to school and those who can have left, often by sea on long perilous journeys that end up nowhere. “Death is inevitable, everyone would die at some point, but if there is injustice attached to a death, and then that is shameful for the entire society,” he says.

Also read: I am Hazara

Standing at the edge of the city, Taj looks out and recites a few verses of poetry. He laments, “I do wish those times would come again, when I could write about love and such, but now I feel that you have to write with a certain amount of responsibility.”

He pauses and then continues, “Poetry is the greatest gift that life has given to me, it has always given me some relief, and it is a form of support for me. If poetry had not been there for me, I would have been lost. I express fears, anxiety, hope, happiness and sadness through poetry. Poetry is my refuge.”