Inheritors of Misery: The Hazara killing 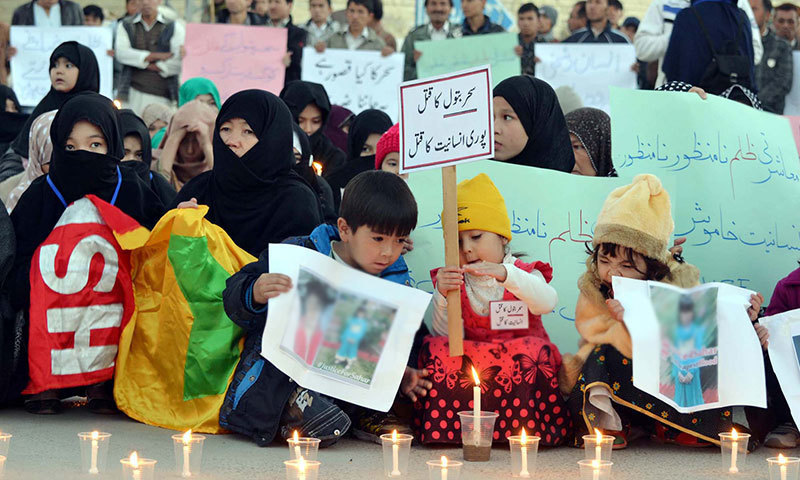 Inheritors of Misery is a unique documentary of its kind in giving a voice to the oppressed Hazaras while being on ground with them, speaking to the survivors and their families of the deadly attacks. Confined to Alamdar Road and Hazara Town in the name of security, the soft spoken people of the community muster courage to narrate their painful ordeal on camera so that the world could relate to their misery. Beautiful filming, articulate shots, well researched script with appropriate background score if not appreciated would be an injustice to Muhammad Anas Ahsan Mallick and his team.

Being fortunate enough to get invited to a private screening of Inheritors of Misery, which would be available for the general public to watch soon; like its name the Hazaras have inherited misery. Fleeing persecution from Afghanistan a century ago now they face the same fate in Pakistan. A tale of pain and grief. Every family has a heart wrenching story, each family have either martyrs or injured from the attacks yet they spew no venom against the state or their attackers. Their clerics forbid them of any revenge as they are a peaceful community. 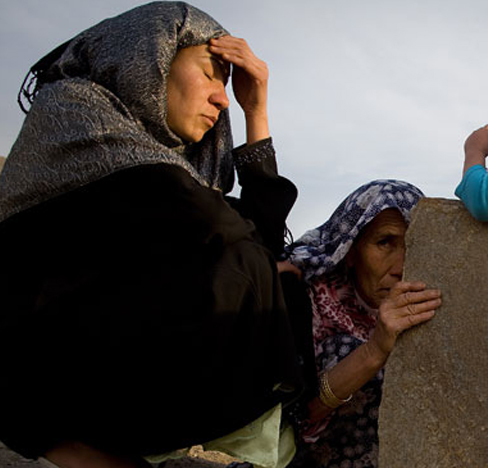 What crime have they committed for which they are being treated like this? Just because they are Hazara and Shias.

When the camera rolls on the graveyard, pictures of handsome young men hang there looking for justice to be served for being killed ruthlessly without a crime. Many of whose eyes get filled with tears when narrating the tragedy they had to go through, a mother’s agony and heartbreak while losing her young son; words cannot describe that. But the documentary tried to break shackles and show us what actually is anguish and misery for them.

It is so easy to just say, so and so have been martyred, so and so have been injured. Statistics and statistics.  But has anyone ever gone to each one of them personally and asked for their feelings, nevertheless their hearts are burning with grief and anger. This documentary is one of a kind. Totally exceptional in giving the viewer goose bumps. It speaks to survivors of the mastung blast, to the family members who have lost their dear ones. My God! Insufferable pain they have been going through. The mothers just have tears in their eyes and nothing else. The daughters are so scared but yet so resilient. 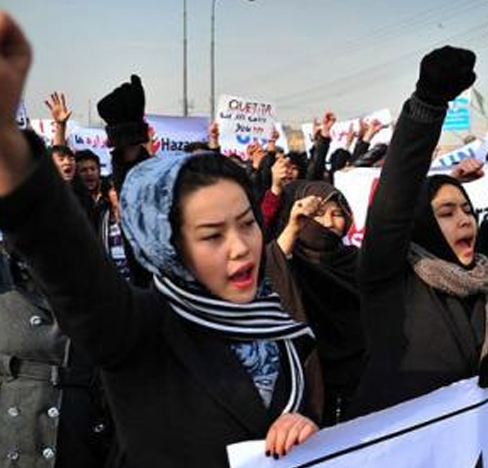 My dear Pakistan! How could you treat your Hazara minority like this?

Amid all the torture and marginalization, the wall chalking of ‘Pakistan Zindabad’ (Long Live Pakistan) in their area speaks loudly of their patriotism for their homeland unlike the monstrous beasts who scream at the top of their lungs, denouncing different sects and inciting hatred among them. What makes me think harder is who actually has the superficial powers to know that a specific person is a kafir (non-Muslim) or Musalman(Muslim). What kind of insanity is this? An appearance of the famous cleric who has always shunned all forms of terrorism in the name of religion Dr. Tahir-ul-Qadri in the documentary makes it very clear and easy to understand. All such groups who carry beastly activities should be brought to justice,their funding should be known and completely banned in every form.

Each shot in the documentary carries an in-depth meaning, from the establishing shot to the close up. The voice speaks about the grief of the people. The archival footage is taken very skillfully keeping the co-relation between scenes as smoothly as possible. The editor has done his work efficiently, the continuity of scenes and the interconnection of words and other textual information has played a vital role in building the narrative of the documentary.

I had always thought of Hazaras as the most beautiful people of this country due to their unique beautiful features. Lo and behold, it’s actually these Mongolian features that make them the easy target for the ruthless animals to pounce and tear chunks of them. Their beauty has become a nightmare for them. Hence, they have become Inheritors of Misery.