Bamiyan Citizens statement in regard to the 500 KV Electricity plan 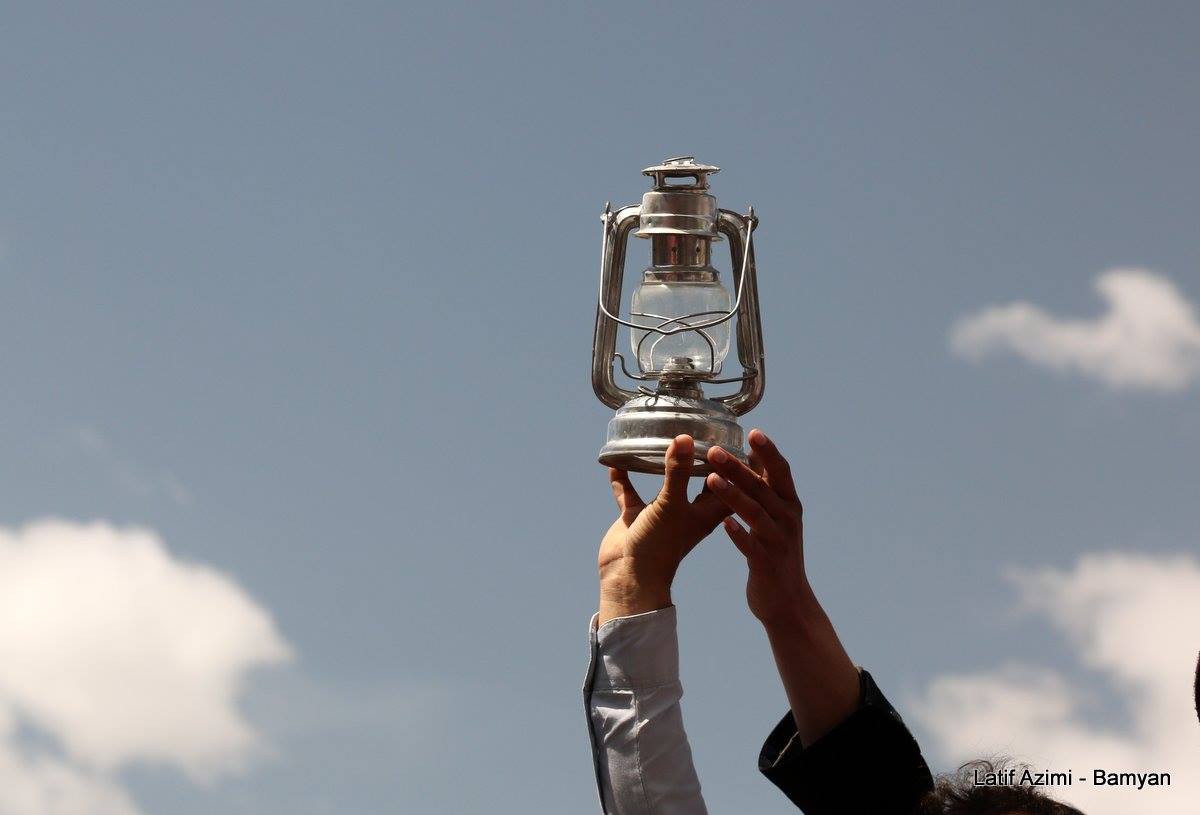 “The government is bound to create a progressive society, which attends to the welfare of its citizens, in accordance with the values of social justice, the protection of human dignity, the supporting of human rights, the fulfillment of democratic ideals, and the establishment of national unity. The government must follow a path that gives equality to all ethnic groups and equal development to all parts of the country (Islamic Republic of Afghanistan Constitution; (Article 6) Dear compatriots! As you are aware, unfortunately the Leadership of the National Government has decided, in contradiction to Afghanistan’s Constitution and the wellness of all its people, to divert the main route (Bamiyan-Maidan) of Turkmenistan’s 500 Kilo Volt electricity cable. Even worse than what has been mentioned, they did not pay attention to the legitimate demands of the people of Afghanistan regarding the cable, and still insist on their tyrannical and monopolistic decision.

We, the people of Bamiyan and the central areas of Afghanistan understand that such a decision is irrational and in contrary of national interests of the country in the following ways:

1– Transferring the electricity cable through the Salang pass, as the new proposal intends, will result in fewer economic benefits in the short and long term.

2– As it means the crossing of several electricity lines already established along the same route, it is contrary to equal development for all provinces.

3– There is a lack of adequate safety and security along the Salang Route; as we all witnessed with the power cut-off in Kabul.

4– It is not compatible with the logic and established practices of development and is not supported by the majority of experts.

5- The majority of people are not satisfied with the transition of the route to Salang and it severely puts the empathy and brotherhood of the country in danger.

According to the above, as well as tens of other reasons, the people of Bamiyan realize that the latest decision of National Unity Government Cabinet is unwise, and the obstinacy in insisting to adhere to such decision in light of the above is autocratic and an example of obscurantism. So we state our demands, through this demonstration to which thousands have participated, as follows 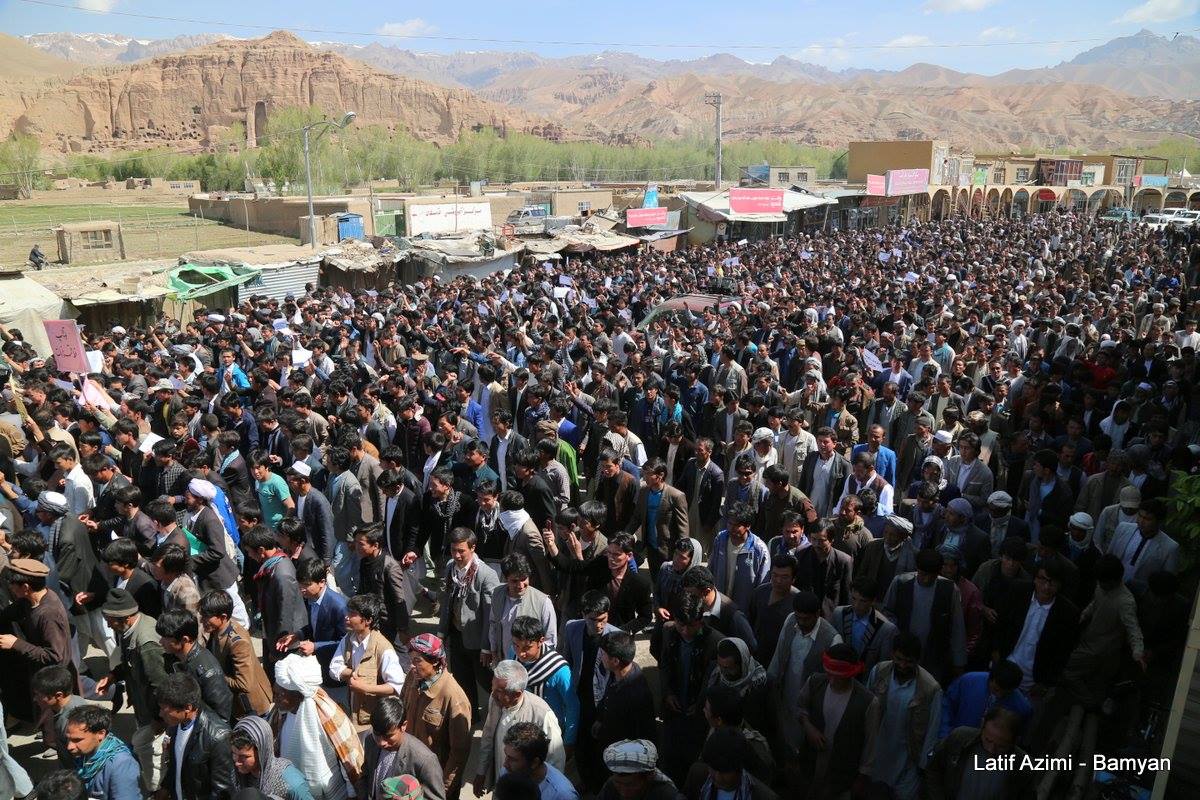 1. We ask the heads of the National Unity Government to respect their responsibility to all citizens, and the principle of equality for all citizens to have equal rights and equal development. Such equal rights are emphasized in the Constitution and correspond with the people’s demands in regard to the electricity cable transfer through Bamiyan-Maidan Provinces.

2. We condemn the intractable and disuniting stands of the Government, and alert that the government will be held responsible for any consequences that result from this decision.

3. We want the heads of the National Unity Government to desist with their obstinacy and obscurantism in making such an unjustified decision at the soonest possibility, to bring their one-sided politics to an end, and to seriously review their policy and return the 500 KV electricity to its original rout (Bamiyan-Maidan), which also is the preference of national and international experts.

4. We ask the International Organizations, donor countries to the Government of Afghanistan, National and International Human Rights Organizations who have a responsibility to poverty alleviation and sustainable development, to hear the democratic demands voiced by the people and to put pressure on the government, and to not allow the donation funds to be spent in a fashion against development logic because of the personal will of rulers and the monopolist statesmen.

5. The people of Bamiyan assure the people of Central Afghanistan and other justice-seekers all over the country and the world that we will stand against such decision until fulfilment of these legitimate demands, and we are ready to pay any required price to achieve this. We also request the noble and aware people of Afghanistan to stand against the intractable and divisive discord of the government and join us in protest.

6. We urge the National Unity Government to bring an end to the current situation, Otherwise, there will continue widespread protests, with millions of people joining. Therefore, their chance to maintain their status as the legitimate leadership will be severely lost or severely curtailed.

7. The protest of the Bamyan people today is one of the primary civil disobedience and justice-seeking steps, but in the event of lack of attention of the government to our justice-seeking demands, we will pursue other options; such as stopping cooperation with the Government, withdrawal of our representatives from the government and closing the Government Offices, as well as other necessary actions.