Saving Mes Aynak: The Story Of a Race Against Time To Save The Ancient Buddhist Archeological Site in Afghanistan

Mes Aynak is the living proof of an ancient and golden past, in which the region was the meeting place of people from different cultures and faiths. A place at the heart of the Silk Road and today protected by 200 armed guards. In the last years the site has been looted and today it is under the government custody.

Buried in the copper-rich mountains, today Mes Aynak is contended by the archeologists on one side and by a Chinese mining consortium, that bought the entire site for 3 billion of dollars. Every day many brave archaeologists risk their lives to reach the site, facing the Taliban and local politics’ threats.

It’s here that in 2014, the filmmaker, writer and professor Brent E. Huffman shot his documentary entitled Saving Mes Aynak, which follows the archaeologist Qadir Temori as he races against time to save the site from imminent demolition.

On the website and the Facebook fan page people can be updated about the situation and finding out how to get involved in this important rescue mission, because if until today Mes Aynak is survived it’s also thanks to the work of people like Brent E. Huffman, archeologists like Qadir Temori but also of people around the world that with their support showed their love for Afghanistan.

Synopsis:
Saving Mes Aynak follows the archaeologist Qadir Temori as he races against time to save a 5,000-year-old archaeological site in Afghanistan from imminent demolition. A Chinese state-owned mining company is closing in on the ancient site, eager to harvest $100 billion dollars’ worth of copper buried directly beneath the archaeological ruins. Only 10% of Mes Aynak has been excavated, though, and some believe future discoveries at the site have the potential to redefine the history of Afghanistan and the history of Buddhism itself. Qadir Temori and his fellow Afghan archaeologists face what seems an impossible battle against the Chinese, the Taliban and local politics to save their cultural heritage from likely erasure.People living in Afghanistan can watch the documentary for free here
Saving Mes Aynak is also available to buy here 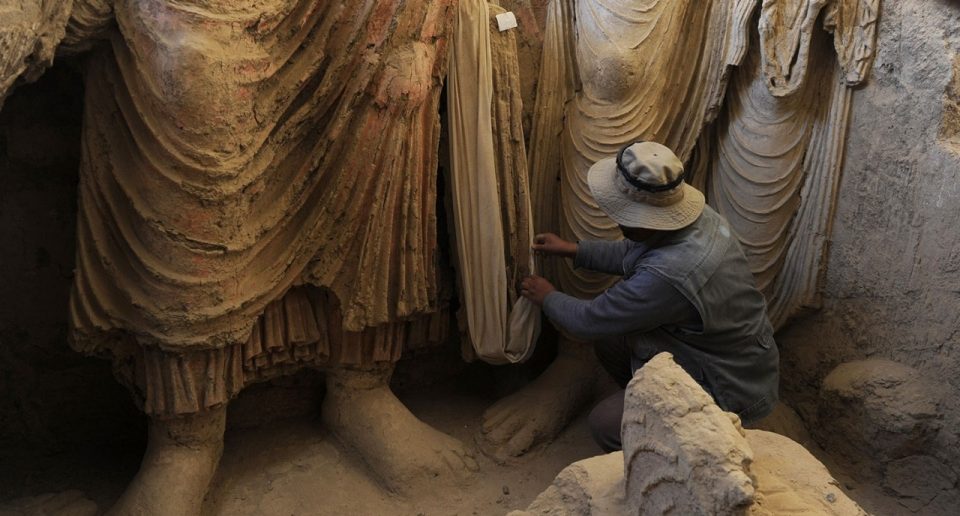