In Kabul people don’t buy it. People in Afghanistan remember what happened in 1996, when the capital fell in the hands of Taliban coming from the south Pashtun areas.
“For the first ten days nothing happened, there was not enough time to make the beards grow, as they wanted. Then, when they were not afraid anymore to unleash an urban war, they started to tighten their grip. In two months the religious control over people became obsessive. But we knew that all these paranoias on Islam were just an excuse. We were and we are already Muslims!”
“Can you see that roundabout? Says the Tajik Kamir – some Taliban stationed there, they opened a Coran and stopped the bystanders. There was a mullah with them that questioned people. The problem was that this mullah was a real boor and he made a lot of bad impressions. He was a disaster in Islamic doctrine, but his Pashtun companions had some rifles and we had to shut up.” Pashtun insurgents stationed outside the mosques and if you were walking near there, they threw you inside because you had to pray five times a day. “We are Muslim like you, we said, why don’t you come with us to pray?” But they put the rifles into our face.
In the capital and in the north of the country everybody knows. Taliban idealize a simple type Islam that comes from the seventh century, but they fight also for another cause: Pashtun supremacy. You just have to take a look on the map – writes on Foreign Policy, Robert Kaplan a great American war correspondent – to see how the Taliban problem coincide with the Pashtun ethnicity. “The areas in which today there are the worst fighting correspond to the areas inhabited by Pashtun: south, east and tribal areas of Pakistan. The Taliban are the simple personification of the most recent Pashtun nationalism”, says Kaplan. There is a third map to add: the map of the areas in which most of the opium is cultivated and most of the heroin is produced. 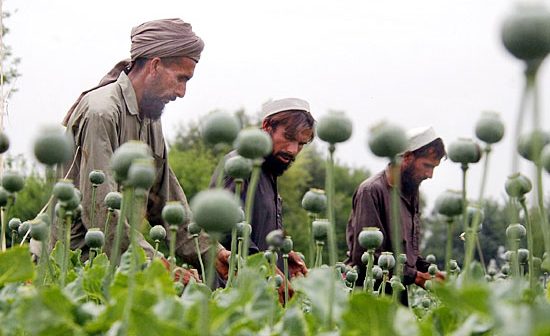 Abdullah Keshtmand, an expert of Afghanistan and central Asia, says that “when the Taliban came to power, they established a real apartheid. Dari is always been the official language of most of the country, with a long historical and cultural tradition. Pashtun people are only one third of the population, but the Taliban imposed a racial and linguistic segregation”.
On June 13 of 2001 in Washington, some of the most influential members of the US Congress showed up in court wearing a yellow badge on their chest: “I am Hindu”. The military-religious council in Kabul issued an edict that forced all the Afghan Hindus, not Muslims, to wear a yellow symbol on their clothes to distinguish themselves from the others. Even their houses had to show a yellow symbol. Can we understand the tiny historical reference? United States, France and even Russia condemned this kind of treatment: “similar to the treatment reserved by Nazis to the Jews, before and during the Second World War”. One hundred American politicians wrote a letter to the president George W. Bush, to ask him to put pressure on Taliban and force them to withdraw the edict. Three months later, with the September 11 events, they would have been satisfied beyond any expectations.
Of course, it’s not possible to make generalizations. Taliban have a philo-Pashtun agenda, but it’s not true the opposite. Char Asiab is a district in south of Kabul, little shade, a lot of dust, hay fields and some apple trees near to the houses. Policemen seek escape from heat and lean against the walls with helmets in their hand. Kharib, a Pashtun Shura leader, the local council, explains to our newspaper that Taliban are tough even with Pashtun people. His face is full of wrinkles, a white hat, hands clasped behind his back. He controls the movements of Italian soldiers. He wants to stress this point: Taliban are tough with everyone. Maybe they think to be the Pashtun people’s champions, but we didn’t notice. Why this war within the same ethnic group, between mullah Omar and Karzai, why they are not able to reach a compromise? Kharib smiles: “Karzai travelled the world, he speak many languages. Omar is a boor, came out of a madrassa”.
If we cannot generalize about Pashtuns, we cannot even say that their agenda reduces the conflict in Afghanistan to a local battle. As explained by one of the world leading experts in counterinsurgency, the Australian David Kilcullen, in his essay “The Accidental Guerrilla”, the ability of Arabs and al Qaeda consists precisely in this: exporting world terrorism in small circumscribed conflicts. Drain resources and men from the anti-Hindu war in Kashmir, by the Indonesian rebels from Iraqi Sunni guerrillas and from southern Afghanistan’s clan, which alone would not be able to see besides the eventual recapture of Kabul.
The pashtunization of the country, at the expenses of other minorities – like Tajiks, Uzbeks, Hazaras, Turkmen, Haimaq – is not an invention of the Taliban. Rather, they have become the latest flagship of the program. The first to improve this idea for geopolitical reasons during the Great Game, was a British colonel, Charles Edward Yate, hundred and thirty years ago: let’s expel the minorities from the north and replace them with the Pashtun, less willing to make deals with Russia. In this way we will be able to create a buffer zone between New Delhi and Moscow. This plan was entrusted to the Amir Abdur Rahman. Even today people in Afghanistan remember with horror his campaign of “internal colonization”. 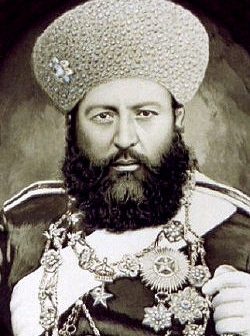 After the British, it was the Germans’ turn Between the Nazi regime and Pashtun people there was a mutual fascination. Between us and you – said the emissaries of Berlin – there is a racial affinity, you are an Aryan people came from the north at the beginning of II century B.C toward the Indian subcontinent now occupied by the British. Even the Rig-Veda, the sacred Sanskrit texts talk about that. These texts contain place names that belong to you: Kubha (Kabul), Savasta (Swat), Rasa (Kunar). A tribe with a common race migrated in your area, they were the pashta, today the Pashtun people, are their descendants and you share with us an ancient knowledge. Help us to fight the British arrogance. Today between those who still have some awareness of their own history, Hitler and Mussolini are favorably considered. The same Abul Ala al Maududi, the Deobandi ideologue (died in 1979 in an American hospital) who gave shape to the Pakistan and Taliban extremism, was a Reich admirer.
In a corner of Camp Invicta, the military Italian base, there is a proof of this ancient friendship: it’s a Cv35, a light tank built in the Mussolini era. Rome gave 14 of these tanks to the Afghan king in order to ingratiate him. The soldiers found it among the rusty giants abandoned by the Red Army in the eighties.
Under the reign of Zahir Shah and of his crazy successor Mohammad Daoud, in the seventies, some men of the Pashtun élite took advantage of every opportunity to pursue their expansionist agenda. They formed the Tolana Pashto, the Pashto society, to impose the Pashtu language, to the other ethnic groups. They invented new terms and words to replace the existing ones in Dari, the official language. They invented also an anthology of ancient poems, the Pota Khazana (hidden treasure). This anthology should had legitimate the nobility of their historical and cultural tradition, but it had the opposite effect, because none has yet been able to prove its authenticity. They continued to argue that the Durand Line, drawn by the British between Pakistan and Afghanistan, should not be recognized, and that two Pakistan provinces should be annexed and that their presence into the north should have been reinforced with migrations and forced colonization. Suddenly, if it would have happened, Afghanistan would eventually become the Pashtun’s country of their dreams.

When twenty years later Taliban came to power, they already had all this ideological armament. William Maley, in his book “The Afghanistan Wars” – the best book about Afghanistan according to the US general Stanley McChrystal – describes the Hazaras’ ethnic cleansing, who were considered as an inferior race: “When on the 8th august of 1998 Taliban occupied Mazar-i Sharif, they massacred people for three days. Some estimates talk about two thousand dead. In a hospital, thirty patients were killed in their beds. The streets were full of corpses and survivors were warned by a loudspeaker: leave the bodies where they are, do not bury them. Mullah Abdul Manan Niazi, a pashtun fanatic, ordered to shoot to a Pashtun woman who tried to hidden eight Hazara women. In January 2001, commander Dadullah – then became famous in Italy as a kidnapper of the Italian journalist Daniele Mastrogiacomo– drove another series of massacres in Yakaolang. Seventy Hazara women and children sought refuge inside a mosque, later destroyed with two rockets. Ethnic cleansing is worth a mosque. Even a delegation of elderly Hazaras who tried to intercede was killed.
For some analysts, the 2001 regime change, hit the Pashtun power all over the country. The first interim government of Afghanistan, created in Bonn in December 2001, was already dominated by rivals Tajiks, the war council that ruled the Panjshir valley. Sure, there are Karzai and other big shots, but the traditional tribal power structure centered on Pashtun ethnicity was excluded. If the Pashtun problem will not be solved, they warn, the same insurgents almost wiped out in 2001 will continue to regenerate itself from its own ashes.
In theory, in Afghanistan today those who feel excluded would have a way to fix everything and regain back their representative power in the best way: with the elections. In fact, the Pashtuns do not believe it anymore. The big four southern provinces, Helmand, Kandahar, Nimroz and Uruzgan, are those who benefit less from the weak central efforts to make things better because there are more fights, Taliban are strong and civilians are scared. Meanwhile, in each province, despite the Americans and British offensive, the Taliban are striving to keep alive their shadow governments. These are parallel structures that are trying to control the territory with one fundamental guiding principle: acting like if the 2001 regime change as if it never happened.