The Importance Of Elections

To be or not to be; This is the question

A message from Ali Reza Yasa, founder and chairman of Star Educational Society 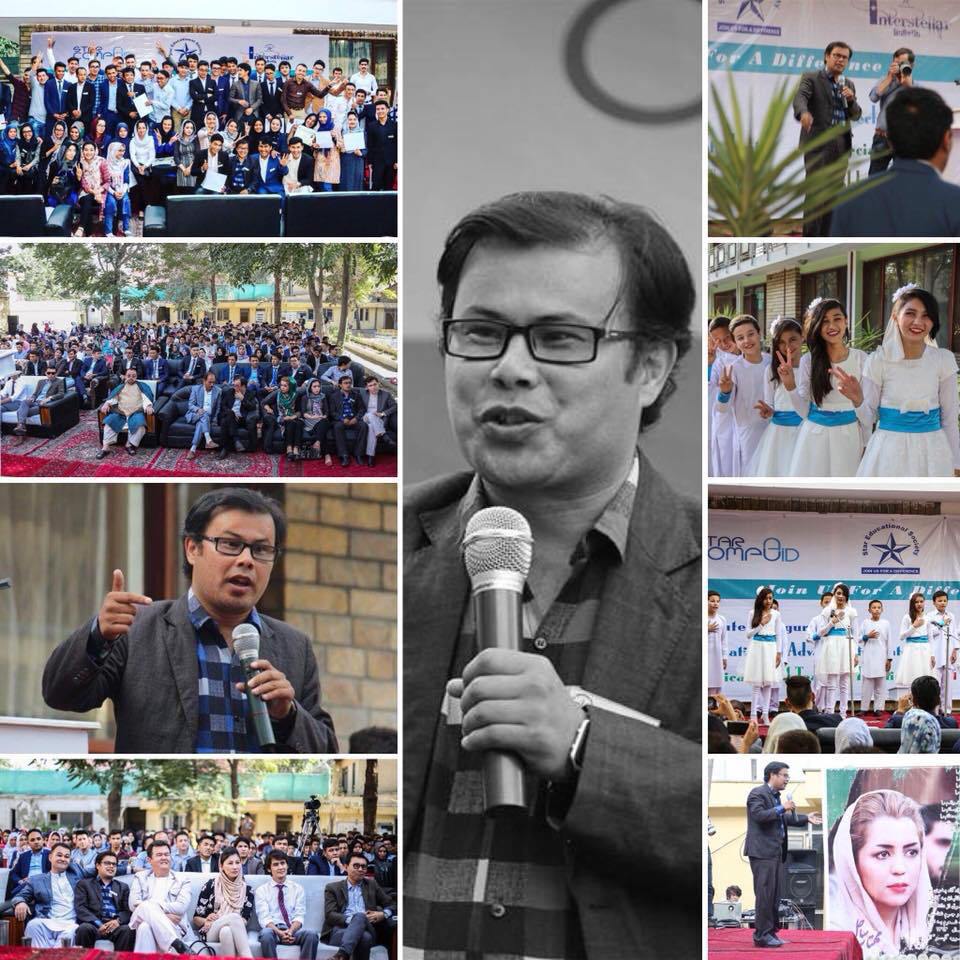 “To be, or not to be,” was the question raised by Shakespeare in Hamlet. His question fundamentally touched the very essence of the human philosophy of existence. For Hazaras, this was the question of everyone… every freedom fighter, every revolutionary, every deserving soul who sought the respect and dignity of human freedom. For Shakespeare, these were words in a play, but for us, this question is a matter of life and death.  Just like Adorno as he writes in his book Auschwitz, we remain alive to be witness to what happened to our fellow countrymen, to continue our struggle, and to gain the rights of all those who were silenced and martyred. In the bloody deserts of Urozgan, King Abdul Rahman decided that 63% of Hazaras were “not to be.” And in yesterday’s attack, evil powers of the world united to bring the dark, sable cloud of oppression on Hazaras again, robbing them of the question “to be, or not to be” and leaving but a scratch on the walls of history to remind future generations what happened.

“To be or not to be” has always been the greatest question of justice seekers from any corner of the world who have pooled their efforts and endured a lifetime of torture and affliction to stand against the tyranny of cruelty, be it Nelson Mandela, Abraham Lincoln, Mahatma Ghandi, Balkhi, Ibrahim Gow-sawar, Faiz Mohammad Kateb, or Baba Mazari. However, in the current unfavorable circumstances of blood and fire, the armies of death must not be victorious. The Taliban, ISIS, or even the retrogressive circle of wicked and corrupt, fascist politicians must know that if they spread the news of death and tyranny to snatch the pencils, books or precious smiles from the hopeful faces of our innocent children, they may suffer from their own stupidity. Our young generation is more determined than before, they are stronger than before, and will line up to say ‘no’ to tyranny and ‘yes’ to democracy and free and fair elections.  Our new generation is a human chain which stands upright and strong, tall and proud, for peace, sustainable development, and a society of justice and equality.

In order for justice to prevail, and to have a society free from violence and injustice, active participation in elections is the ultimate logical way. The biggest and most prominent democracies of the world have suffered many shortfalls, insufficiencies and flaws. Even now, the elections in the vibrant, popular American democracy resulted in the election of Donald Trump who has told over 2,000 proven lies in just 355 days of his presidency.

However, the American public has not given up hope and has not given up on democracy. Instead, the American people have had stronger participation. The status of democracy in the U.S. is presumed to have achieved a position which leads the world, and was the result of many sacrifices, hardship, and a gigantic ocean of troubles toward democratization… facing huge ebbs and flows in the process.

Have they been able to solve the problems of minorities in over 200 years of democracy? Do they still face radical, white supremacists, who, like Hitler and fascism, spread a value of self-supremacy and segregation? Nonetheless, is it not the same society that has the pride of giving birth to Martin Luther King Jr., Barack Obama, Maya Angelou, Mohammad Ali Clay, Malcolm X, and Michael Jackson, who belonged to a long-suppressed racial minority in U.S. history?

Why are Afghans so intolerant? Why is our society an intolerant society? Why do we so quickly want everything to be ideal? It’s not that I support or legitimize the current situation as being unavoidable. It’s that I believe that we have to work by the sweat of our brows, be patient, realistic, and never give up. If a tribal commander or a jihadi leader raises his concerns against the very principal of elections, I can understand, since elections, at a minimum, will illegitimize their leadership and sovereignty, and, in the long run, affects their hereditary succession of power. I am, however, shocked to see some farmer’s children who have worked hard to get education and yet find elections useless. These are the people who have neither the background of being a jihadi nor do they have the background of being armed, a paratrooper, or militia. Why are these poor farmers’ children so much against elections and the democratic system?

I, as a farmer’s son, have faced hardships to receive an education and have changed my life through those efforts. I believe that if we want a situation in which to demonstrate our best skills, knowledge, and education…. if we want to create an opportunity for development by having an impact in society…. if we do not want the opportunities to be limited to the children of current leaders… our only solution is democracy.

I agree that our two elections had many problems. There was a high level of corruption, fraud, and misrepresentation of the results. However, the only solution to fight electoral corruption and fraud is also elections. Elections are not a social experience confined to one or two countries. They are a pathway toward justice celebrated in more than 95% of the civilized world and countries. If we had elections during all those years that we fought, we would have had a better system. And if we do not consider elections seriously now, twenty years later we will again have to come back and walk this path. And, in that sense, we will just have wasted twenty more years of our political lives similar to these past three decades of war.

May peace be upon your bleeding hearts and may our martyred young and old find eternal peace in the heavens and may their deaths not be in vain. Peace be upon you, the architects of our future… you, the strong wall of human chain who spread justice, freedom and equality.