What price freedom? A Hazara refugee reflects on the sacrifices needed to feel safe

Najibeh Jafari fled Afghanistan as a refugee, but it was in Tasmania that she was forced to abandon an important part of her religion and culture to protect herself from persecution.

Who are the Hazara?

Ms Jafari was brought to Hobart by the United Nations as a refugee about 14 years ago.

Her people — the Hazara community — were the subject of persecution in Afghanistan.

When she arrived as a young Muslim woman she wore a headscarf in keeping with her religion. She remembers not seeing other Muslims in the streets of Hobart.

But Ms Jafari said after a decade of racial slurs and attacks she made the difficult decision to take it off, for good.

“We came here we went to [the Hobart suburb of] Chigwell … so a new country, a new place, and people looking at us weirdly,” she said.

“I knew a little English but the words they were saying, shouting at us from their car, from their neighbors, from their home … we just couldn’t understand.

“We knew that they were angry with us and we didn’t know why. We were just too scared to go out.

“So after all of these years, I decide not to wear a headscarf because it was just too much and I lost lots of jobs because of that and it was hard to get a job. I would get a job and then I lost them for no reason and I went through a lot with that.

“It was about three years I was thinking about it and when I told people that I want to do it they said ‘no you’re crazy, you won’t do that’. I really want to have my headscarf on because of my own beliefs —  it was really hard.”

“I decided I won’t have the headscarf because life was getting really tough for me over the years here.”

Ms. Jafari now works as a multicultural officer with the Afghan restaurant Zafira Foods in the Hobart suburb of Moonah. 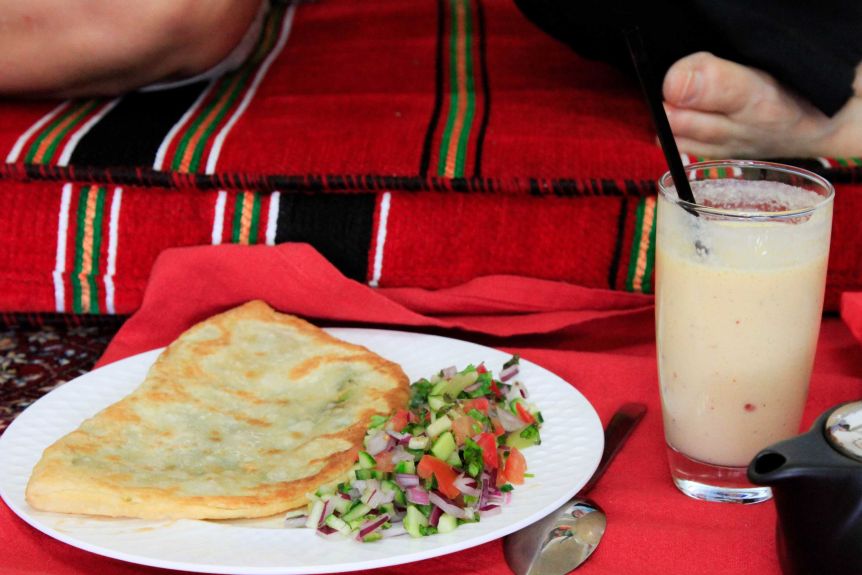 The restaurant has just opened a cultural experience area where small groups will be able to learn interactively about Afghanistan and Hazara culture and history, from Hazara people.

Ms. Jafari said it was about educating people about the new communities they were seeing in the streets.

“I think we are a little bit in a better place, but there’s still lots to do,” she said.

“It is hard because outside our community in the wider community people think Afghanistan is only war and people are terrorists because we’re all Muslims.

“As well, they think ‘they just want to kill us and they have bombs inside their Hijab’ or whatever, and it is really hard to explain that we are not those people.

“The food is the most important one just to bring some of our cultures.

“Now we’ve got this [area] and this is so beautiful and so we will be able to help them with our culture, we will talk about the history of ourselves — the Hazara people in Afghanistan —  and anything else they want to know about religion or my experience as a refugee.